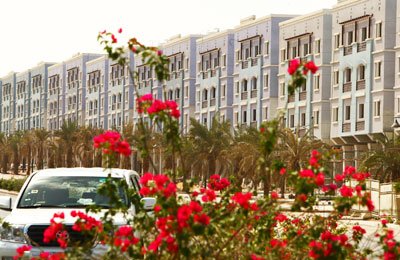 The number of listed REITs doubled in the last two quarters; with 12 REITs listed on the Saudi bourse Tadawul at the end of the first quarter.

Raya Majdalani, the research manager at Knight Frank Saudi Arabia, said: "REITs initially traded at a significant premium to Net Asset Value (NAV). This was mainly attributable to large amounts of capital seeking exposure to these REITs compared to the size of the investable universe."

"Following initial buoyancy, most REITs have pared back early gains and are currently trading below listing price. As a result, price to NAV has dropped over the last two quarters, moving closer in line with more mature markets," noted Majdalani.

To date the investment strategy for REITs in Saudi Arabia has on the whole been non-thematic, partly as a result of a chronic lack of good quality assets with long-term, sustainable income.

In common with more mature REIT markets, it is likely that thematic REITs will take the lead over diversified REITs in the longer term. Although the blended approach provides important long term benefits, thematic REITs allow investors to gain exposure to specific real estate sectors in line with a specific risk/return profile, stated the expert.

"This will be particularly important for investors seeking exposure to non-cyclical, defensive sectors such as healthcare and education," he noted.

Majdalani said the regulatory framework will remain a critical priority that generates challenges as well as opportunities for fund managers and investors in the REIT market.

Strengthening and adapting regulations, which has proven to be favourable in more mature jurisdictions, will remain a requirement for the REIT market. In Saudi Arabia, this will be particularly important in light of the government’s drive to enhance the investment environment as part of the wider strategic reforms, noted the top official.

Stefan Burch, the general manager at Knight Frank, said: "While it is still premature to judge the ramifications for the wider real estate market, REIT regulations signal an important step in the government’s drive to enhance the investment environment as part of the wider strategic reform agenda."

"In 2018, we expect more real estate trusts to be listed given the number of approvals that are currently in the pipeline," he stated.

"As more REITs are listed, we expect the level of competition to increase in the market, which would translate into a greater focus on the adoption of best-in-class practices in terms of quality of the underlying portfolio, asset management and corporate governance," he added.-TradeArabia News Service