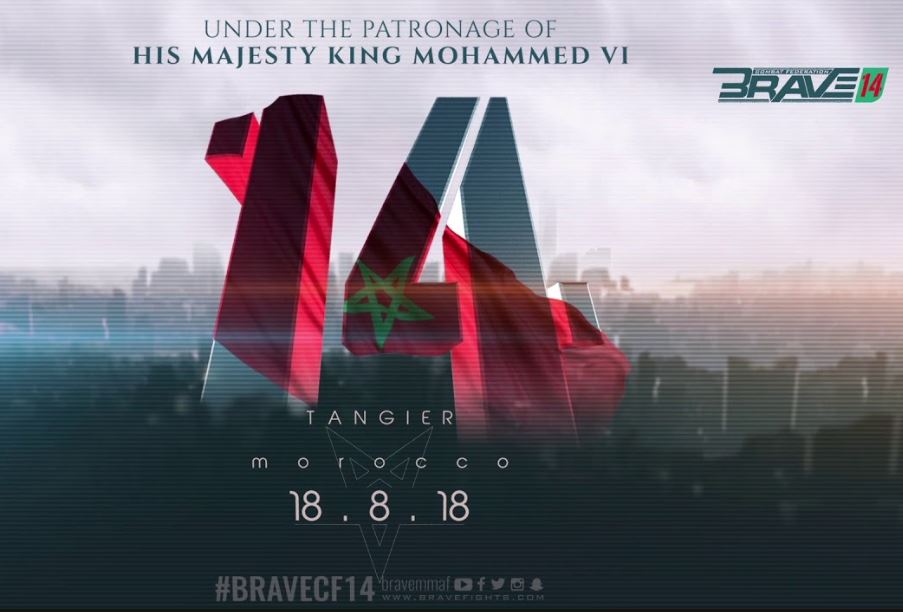 Brave 14 will feature athletes from 11 countries in the first-ever global mixed martial arts event hosted in the continent of Africa.

The event will be held in the Omnisports indoor club of Tangier, Morocco on August 18.

The event, which is held under the patronage of His Majesty King Mohammed VI of Morocco, marks the most number of nations represented in a fight card in Africa. It is also the first edition of Mixed Martial Arts event hosted in Morocco.

The main event will be headed by Jeremy Kennedy from Canada facing Danyel Pilo from Italy in a featherweight bout.