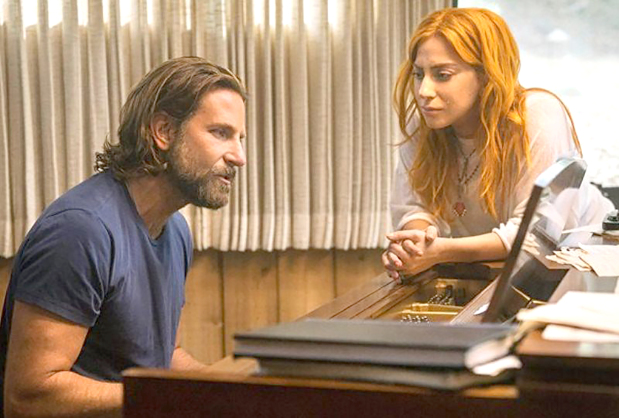 Cooper and Lady Gaga in the film

A Star is Born is not any musical movie that speaks about passion and love; it is a real-life story that takes you on an emotional journey through the souls of the main characters.

It is true the movie is the fourth remake of the 1932 original but it is distinctive, with a unique look as it is set in modern day while keeping the concerto spirit of the late 1970s.

The movie’s star, Bradley Cooper, who has directed, co-written and co-produced the film for Warner Bros, plays Jackson Maine, an alcoholic and drug addict rock and roll sensation.

The film tells the story of his fall from fame through emotional investment to everything good he represents and every embarrassment, setback and failure he portrays.

Co-star Lady Gaga is glamorous in her movie debut as Ally, a newcomer singer-songwriter who becomes the love affection of Jack and stage partner and later on wife before rocketing to stardom on her own.

I felt the ups and downs of the relationship between Jack and Ally; it made me feel happy, depressed, sad, joyful, and even tearful. It just touched me.

Cooper manages to take a normal love story and infuses it with life. The scene where Jack tell his older brother and former manager, played by Sam Elliot, that he was his idol and not his father, is very moving.

Rafi Gavron performance as Rez, the tough-love manager, is also worth mentioning.

The movie will be certainly nominated for at least seven Oscars, but the song Shallow will surely win the award for best song.