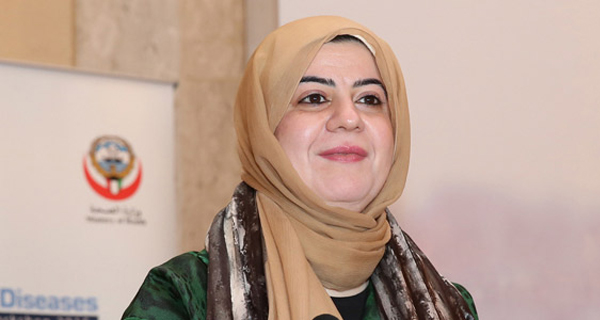 She announced that voluntary test clinics would be opened soon to ensure people’s privacy and enable them to obtain instant lab test results.

Held under the theme “AIDS is curable .. Have the Test”, the awareness campaign targets up 20,000 male and female students,

Citing latest officials, she revealed the overall number of seropositive patients stood at 414 Kuwaiti men and women, pointing out that annually 1 million HIV/AIDS tests are conducted on average in Kuwait.

The Ministry has launched a national strategy to slash the rate of new HIV/AIDS cases by 50 per cent by the year 2021.