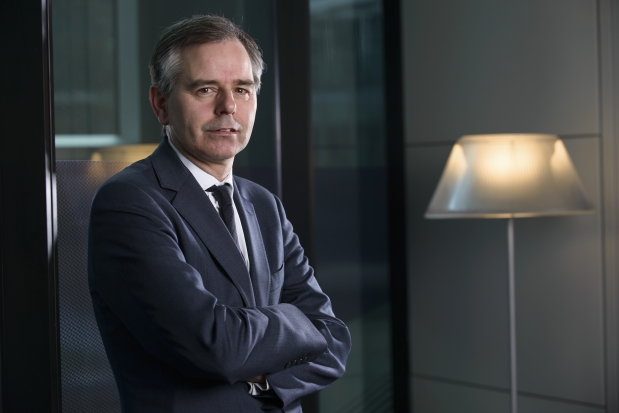 One Belt, One Road. Two parts: the ‘Belt’ that re-creates the old Silk Road land route, and the ‘Road’, a maritime route through various oceans, made famous by Marco Polo’s journals on travel and trade between the West and China in the 13th Century. That fame now has a modern-day equivalent.

Bilateral trade growth between China and the Middle East reportedly hit $85 billion last year – doubling over a decade. This is an area where we expect to see significant growth and China’s Belt and Road Initiative (BRI) is a stand-out example of how that growth can take shape.

By 2030, over half of all BRI-related projects are anticipated to be funded by private capital, multilateral banks and foreign governments.

Through its own fast-paced development and increasingly open international business environment, the Middle East has certainly been playing its part.

Well on its way to fulfilling ambitious economic transformation agendas, the region’s government-led programmes will all diversify the region’s economies away from dependence on crude oil.

Infrastructure, logistics and transport are at the bedrock of this transformation – all areas of focus that are key drivers of economies within the Middle East. With over $2 trillion worth of infrastructure-related projects in the pipeline across the GCC, and vast number of proactive policy developments to facilitate even greater trade and foreign investment, China and its corporates have been quick to pay attention and remain at the forefront of delivering many of these.

Over $65bn of these projects are on the radar of Chinese companies.

While China’s businesses have been on the front-foot, opportunities in China and along the BRI are equally plentiful for businesses in the Middle East.

Yet to be able to take full advantage, it is important to take a moment to understand how the BRI conceptually operates.

Introduced by President Xi Jinping in 2013, the BRI consists of the Silk Road Economic ‘Belt’ and the 21st Century Maritime Silk ‘Road’.

The ‘Belt’ runs from China, through Central Asia to Europe, while the ‘Road’ is sea-based spanning through South East Asia, Africa, and the Middle East to Europe.

The BRI’s vision focuses on improving the physical (infrastructure), financial – such as lending or capital-raising, and policy conditions that will facilitate greater trade and investment.

Investing in people through co-operation in science, education, culture and health is also a key goal.

Connecting more than 65 countries, the BRI will create trade routes and infrastructure that will make it quicker and easier for businesses to trade globally – 13 of which are in the Middle East.

China has pledged $20bn in loans and $106 million in financial aid to Middle East nations over the next few years.

In 2018 alone, China’s government has signed BRI co-operation memorandum of understandings with the UAE, Oman, Kuwait and Bahrain.

It creates an entire ecosystem of businesses ranging from multinationals to local SMEs that will support and benefit from the new developments.

The Middle East governments have put the groundwork in place.

It is now time for businesses to follow suit and pick up pace – and start positioning their supply chains along the BRI roadmap to take advantage of these growth opportunities.

Some of the largest infrastructure spends in history today have their centre in the Middle East – how these can be harnessed from a strategic perspective will help define the long-term economic diversification of the Middle East as a region.