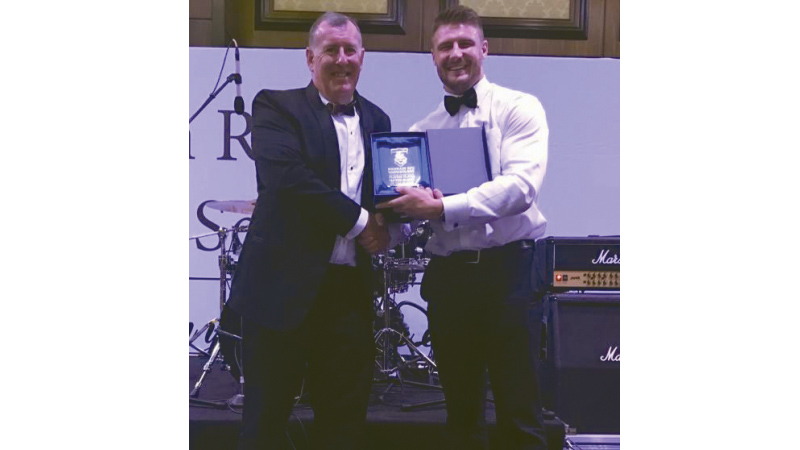 Despite having only turning 23 earlier this year, the young Welshman has already assumed a leadership role in his debut season for Bahrain since joining the club from the famed Cardiff RFC last summer.

As is probably understandable after such a successful season, the players’ player award was particularly competitive, with totemic second row Tom Bell and outside backs, Jack Phillips and Dai Evans all receiving nominations but, in the end, it was Viggers’ consistency, leadership and defensive efforts that won out.

Phillips did have the consolation of picking up the senior rugby top try scorer award - his brace in an otherwise eventful West Asia Cup Final ultimately deciding his long-running battle with Lindsey Gibson - while Deina Morete collected the Try of the Season award.

Elsewhere on the night, Kelly Hutton received the Netball Player of the Year award, while Paul McHugh and Orla Reilly took respective prizes for men’s and ladies Gaelic football.

The Coach of the Year Award for 2019 was a particularly difficult one to call and many present may have been surprised not to hear Louie Tonkin’s name called out but few could argue against the case of eventual winner Anthony Friel, who led the ladies Gaelic team to a Middle East League and Championship double. In the absence of the traditional ‘Clubperson of the Year’ award, club members Luke Radley and Jonty Crosse were honoured for their Contribution to Sport at Bahrain RFC over a number of years.