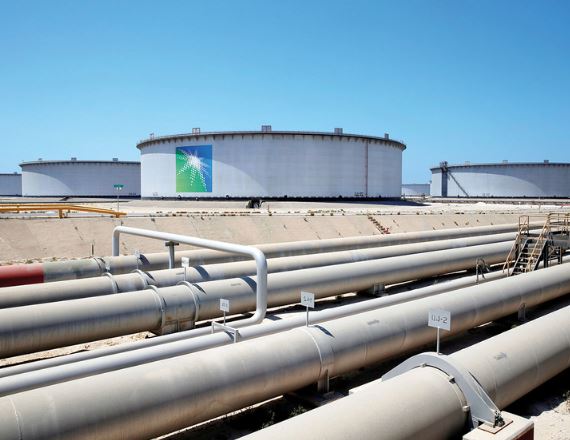 Yemen's Houthi rebels have claimed responsibility for the drone attack that halted the pumping of crude oil along a major pipeline in Saudi Arabia.
Saudi Arabia said explosive-laden drones had struck oil pumping stations in the Riyadh region on Tuesday in what it called an act of terrorism two days after Saudi oil tankers were sabotaged off the coast of the United Arab Emirates.
The energy minister of the world's largest oil exporter said the attack on two oil pumping stations had not disrupted oil production or exports of crude and petroleum products.
Energy Minister Khalid al-Falih, in comments run by state media, said the two recent attacks threatened global oil supplies and proved the need to counter "terrorist groups behind such destructive acts" including the Iranian-backed Houthi militias in Yemen.
Tuesday's attack and the operation against commercial vessels off the coast of the UAE on Sunday took place as the United States and Iran exchanged angry words over sanctions and the U.S. military presence in the region.
Meanwhile, according to Al Arabiya TV, Saudi Aramco says no injuries were recorded in the drone attack and their oil and gas supplies to clients have not been affected.