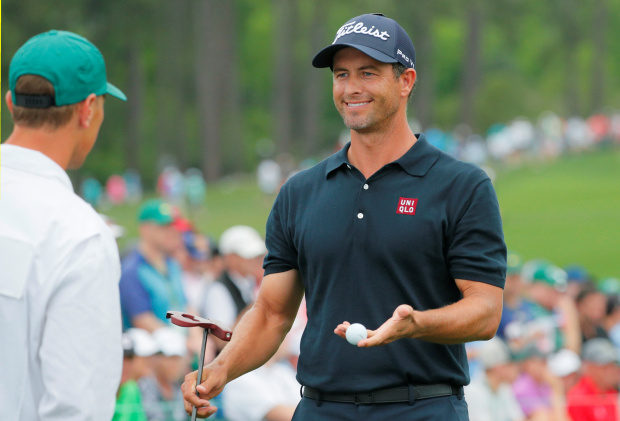 Former world number one Adam Scott has tasted only heartbreak in eight Presidents Cups but believes a frosty crowd reception for the visiting United States could help the Internationals break their long losing streak in Australia this December.

Scott is outside the top eight-ranked Internationals players who secure an automatic berth but the former Masters champion is likely to be one of Ernie Els's captain's picks due to his depth of experience at Royal Melbourne.

The 38-year-old Scott played in the 2011 tournament at the same venue where the U.S. were comfortable 19-15 victors.

It was one of the biggest collections of global golfing talent seen in Australia in years, so the galleries were more polite than parochial.

Scott said his compatriots needed to fire up for the Internationals and not be so star-struck when watching the likes of American Tiger Woods, Phil Mickelson and Dustin Johnson.

"The biggest thing I'd love is for this to be a home game as far as the crowd is concerned, favouritism if you would," Scott said in a Golf Australia podcast.

"I know it’s exciting for everyone to see Tiger, Phil and Dustin and Rickie (Fowler) and Jordan (Spieth) -- the list goes on and on -- come out and play.

"But we really need the crowd on our side and unfairly so. Not in any nasty way at all but a little silence for their good shots would be good.

"That will help us out tremendously. If we can just somehow make them feel a little bit uncomfortable, that’d be really good."

With the Internationals' last win way back in 1998, also at Royal Melbourne, Scott called on his prospective team mates to take their preparations "a little more seriously" and look to the Ryder Cup for inspiration.

"Maybe (we should be) taking a leaf out of Europe’s book or even the U.S. book after they got a bit of a thumping a few years ago by Europe and set up a taskforce and really got down to the nitty gritty of it," he said.

While Scott's passion for the Presidents Cup is undimmed after seven consecutive defeats, he remains unenthused about golf at the Olympics and the idea of teeing off at the 2020 Tokyo Games.

Golf returned to the Olympics at Rio in 2016, the first time since the 1904 Games, with Justin Rose claiming gold for Britain.

Scott said next year's tournament would be a lot more popular in golf-mad Japan compared to Brazil but still questioned the point of it.

"They’re going to love it. But I still question the intent of what they’re trying to do by putting golf in the Olympics --which is a bigger conversation."