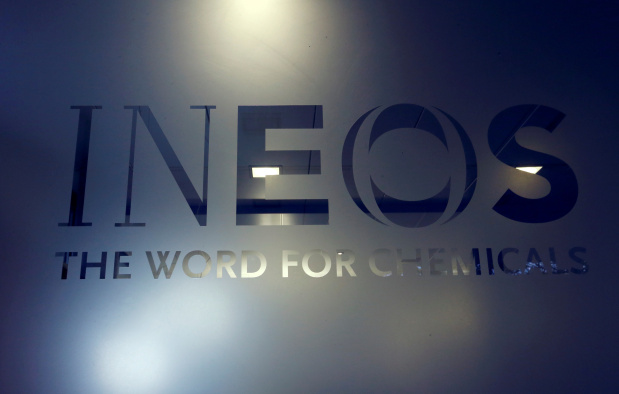 A logo is pictured in the headquarters of INEOS chemicals company in Rolle, Switzerland. (REUTERS File Photo)

London: Billionaire Jim Ratcliffe's INEOS said on Monday it would invest $2 billion to build three plants that would form part of a petrochemical complex being developed in Saudi Arabia by Saudi Aramco and France's Total.

INEOS' plants would be part of a $5 billion complex called Project Amiral that aimed to supply more than $4 billion of derivatives and speciality chemicals, the company said.

"We are bringing advanced downstream technology which will add value and create further jobs in the kingdom," Ratcliffe, INEOS' chairman, said in a statement to announce the deal with Aramco and Total.

The energy and chemicals firm said the plants would have access to competitive raw materials and energy, as well as infrastructure to serve customers in the region and Asia.

INEOS is one of the largest producers of acrylonitrile, a toxic liquid used to make artificial fibres and other polymers. One of the three plants would be a acrylonitrile plant, the company said.

INEOS said this year it was investing 3 billion euros ($3.35 billion) in Belgium to build an ethane gas cracker to produce the chemicals needed for plastics and synthetic products and a propane dehydrogenation unit. That investment was the firm's biggest to date.