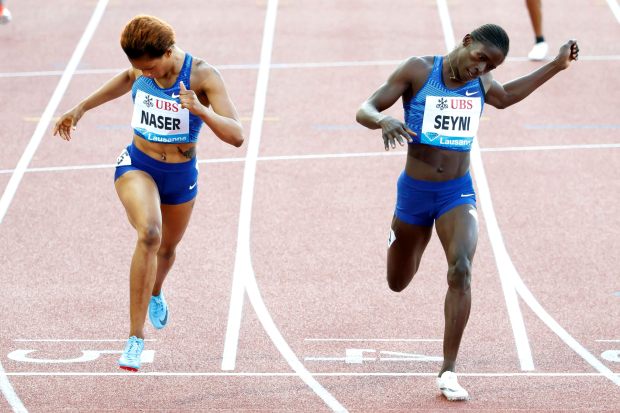 BAHRAIN’S Salwa Eid Naser continued to add to her long list of achievements last night as she competed at the Athletissima meeting in Lausanne, Switzerland.

Just a few days after setting a new Bahrain record in the women’s 200 metres, Salwa returned to her regular distance of 400m and broke a 23-year-old meeting record while clocking her season’s best, all while claiming an impressive victory.

Also yesterday, Dawit Fikadu enjoyed a new personal best as he had a solid showing in the men’s 5,000m, where he finished outside of the top 10 alongside fellow-Bahrainis Birhanu Balew and Albert Rop.

The meet was a part of the International Association of Athletics Federations (IAAF) Diamond League series.

In the women’s 400m, Salwa more than lived up to her tag as pre-race favourite with a brilliant sprint. She was challenged at the end by Aminatou Seyni of Niger, as only two-hundredths of a second separated the pair.

Salwa took first place in a time of 49.17 seconds, beating the old Athletissima record of 49.45s, which was set in 1996 by Marie-Jose Perec of France. Salwa also registered the fastest time of her season, beating her previous mark of 50.13s.

It was her third straight Diamond League race where she improved on her time.

“I liked the race,” Salwa added. “I could feel the pace of the World Championships. I don’t know my plans for the next weeks, maybe I go home. My coach is full of surprises. I’m feeling okay, I’m happy.”

Seyni was a close runner-up in 49.19s, and Stephenie Ann McPherson of Jamaica came third in 50.88s. Completing the classification were Laviai Nielsen of Great Britain in 51.31s, Christine Botlogetswe of Botswana in 51.50s, Justyna Swiety-Ersetic of Poland in 51.73s, Courtney Okolo of the US in 51.85s, and Shericka Jackson of Jamaica in 52.35s.

In the men’s 5,000m, three Bahrainis were in the field and it was Fikadu who was the top performer. None of the trio were ever in the hunt for the win, but Fikadu was as high as eighth place midway through the distance.

He eventually finished 12th overall amongst the 23 competitors. He clocked a new personal best of 13 minutes 10.40 seconds, which improved on his previous record of 13:15.20.