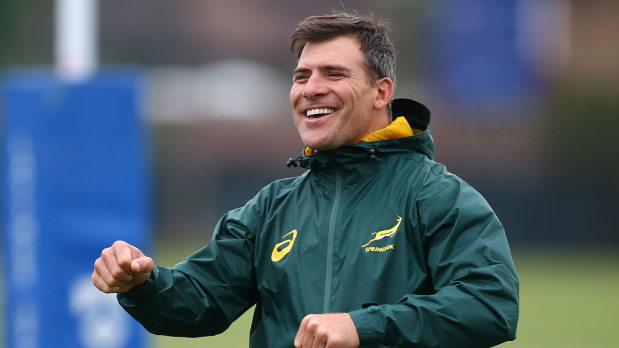 PRETORIA: South Africa stand-in captain Schalk Brits has urged his team mates to give coach Rassie Erasmus a major selection headache in today’s one-off test against Argentina Loftus Versveld, ahead of the announcement of the 31-man World Cup squad.

Brits, 38, will lead a completely new starting XV from the side that beat Argentina 46-13 in Salta last weekend to lift the Rugby Championship as Erasmus gives a number of players the opportunity to book a ticket to Japan.

“As a player you can’t determine selection, but what you can do is control your attitude,” Brits told reporters. “We have put a lot of hard work into this team going out there tomorrow and I have learnt that if the team does well, then the probability is higher that you get selected.

“We just want to put in a performance together that our team mates will be proud of.”

The Boks were in complete control of the scrums in Salta last weekend, one of their keys to victory, and with both sides having made considerable changes to the pack for Saturday’s test, Brits says it is important they maintain that dominance.

“People enjoy seeing tries, but I like penalties at scrum time,” Brits said. “The scrum is the beauty of rugby, you can’t hide and if you don’t do your work, you get pressed into a little bin.”

Brits is expecting a backlash from the visitors, who are also fighting for their World Cup places as the team stumbles on an eight-game winless run.

“I have played with a couple of Argentines at Saracens and they are a proud country, They will be hurting from last weekend’s performance. I definitely think they are coming here to prove a point,” he said.