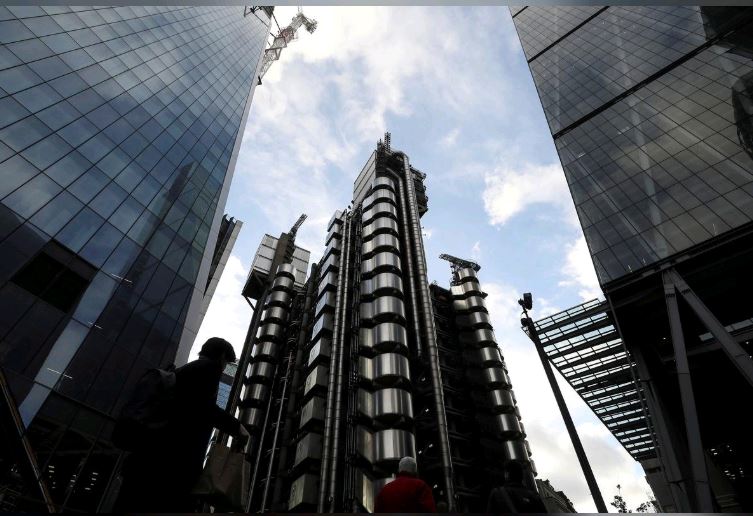 The Lloyd's of London building in the City of London financial district in London, Britain, February 1, 2018. REUTERS/Simon Dawson/File Photo

LONDON - The Lloyd’s of London Ltd insurance market is planning to launch two electronic exchanges next year as part of a three-year overhaul, it said on Monday, as it seeks to fend off competition from low-cost rivals.

Lloyd’s, which is made up of 99 syndicate members and focuses on large commercial insurance, has suffered two years of steep losses due to natural catastrophes and is facing uncertainty due to Britain’s departure from the European Union.

It has been moving slowly to process some of its trades online, but much business is still done face-to-face in Lloyd’s City of London tower.

Simplifying and automating its processes could cut the cost of doing business at Lloyd’s to 25-30% of premium revenue, compared with a current 40%, it said.

“We are trying to take a step in the right direction,” Lloyd’s chief executive John Neal told Reuters, adding that initial estimates for the costs of the changes were in the “low hundreds of millions” of pounds.

One of the new electronic exchanges will focus on simpler risks and the other on more complex risks, with “early builds” of both in place by December 2020, Lloyd’s said. Improved technology will be rolled out in 2021 and 202.

Lloyd’s said that to pay for the changes it could use surplus funds, raise senior debt or securitize business against future income flows, but would not increase the levy it charges members.

In an attempt to compete with centres such as Bermuda, Lloyd’s is also looking to attract participants offering insurance-linked securities such as catastrophe bonds.

It is also offering syndicates the ability to set up without a physical presence at Lloyd’s.

Lloyd’s said on Monday that reinsurance group Munich Re, which already has a presence at Lloyd’s, was setting up the first remote “syndicate-in-a-box” which will focus on newer areas such as renewable energy.

Lloyd’s is also pushing its members to improve their underwriting performance, and Neal told an event to launch the detailed strategy that the market expects a combined ratio below 100% for 2019, which indicates an underwriting profit.

Some brokers and smaller insurers, which have already undergone years of tough competition, fear there will be no place for them in the new-look Lloyd’s.

“Our role as brokers has been, and always will be, as the advocate for the customer.”

Christopher Croft, CEO of the London & International Insurance Brokers’ Association, said that “technology has a role to play...but not at the expense of the value that an intermediary brings”.

Neal said Lloyd’s was not aiming to exclude brokers in its attempts to streamline the market but wanted their input.

“We are trying to take the brokers on the journey with us.”