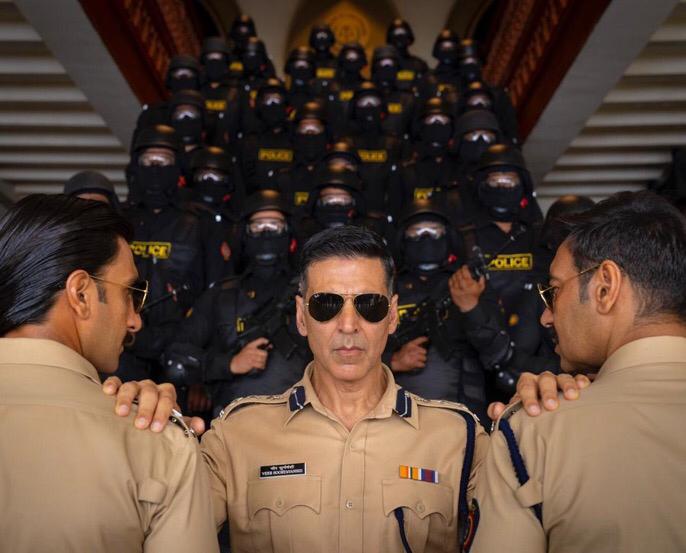 Having Bollywood action stars Akshay Kumar, Ranveer Singh and Ajay Devgn in one frame, would be an epic picture.

When director Rohit Shetty started working on Singham in 2011, little did he know that someday he would expand his on-screen cop universe. And now, eight years later, he has come up with Sooryavanshi, the third film in his cop universe after Singham, Singham Returns and Simmba, according to India Today.

Akshay Kumar took to social media to share a picture of himself with the other two supercops of Shetty's cop universe. He wrote, "The desi Avengers of the Cop universe! When Bajirao Singham’ meets Sangram Simmba’ Bhalerao meets Veer #Sooryavanshi, expect not just fireworks but a full-blown blast on 27th March, 2020 (sic)."

Here’s Bajirao, Simmba and Sooryavanshi along with our creator, @itsrohitshetty signing off from the #Umang show tonight 🙌🏻

The shooting of the film began in June in Bangkok. The actor was seen performing stunts on a chopper while shooting in Bangkok.

The film also stars Katrina Kaif and Neena Gupta in pivotal roles. It is scheduled for release on March 27, 2020.