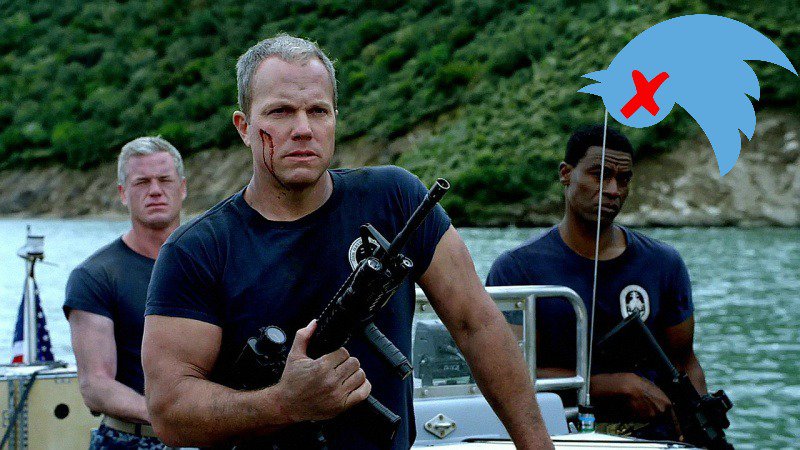 Hollywood actor and controversial Twitter figure Adam Baldwin said he was ditching the social media platform to protest alleged censorship, and some users cheered his departure.

The actor, who is no relation to the Baldwin brothers and is best known for his role in the movie "Full Metal Jacket," said in a report on the website Independent Journal Review : "I've had enough. Twitter is dead to me ... I'm going to find greener pastures elsewhere and I'm not coming back."

His Twitter page contained just one tweet from the previous day: "Hi @Twitter: Fire @jack and disband the 'Trust and Safety' Council. Here's why," Baldwin said, referring to Twitter's chief executive, Jack Dorsey. He then linked to an article published in the online magazine The Federalist about Twitter suspending the account of Robert Stacy McCain, a conservative blogger and critic of feminism.

In February, Twitter said it was creating a Trust and Safety Council to ensure people felt safe expressing themselves on the platform. Critics have suggested the council is a vehicle for censorship, and some have protested McCain's account suspension under the hashtag #FreeStacy.

Baldwin is no stranger to Twitter controversy. According to multiple media reports, he helped popularize #GamerGate, the hashtag associated with a movement in which self-described video game fans lashed out aggressively online at criticism about sexism in gaming culture. The movement came into general public view about two years ago.

Several social media users took to Twitter on Tuesday to cheer Baldwin's departure from the platform. Nerdista (@Nerdista) tweeted, "What is twitter without Adam Baldwin? Better, I think."

No It's Rebecca (@NoItsRebecca) said: "Adam Baldwin left Twitter? Site automatically got safer and better (in my opinion.)"

Not all users liked the decision. Jamie Jeffords (@JamieJeffords) tweeted, "Adam Baldwin is free to do as he likes, but quitting @twitter to protest the censoring of conservatives is counter productive."