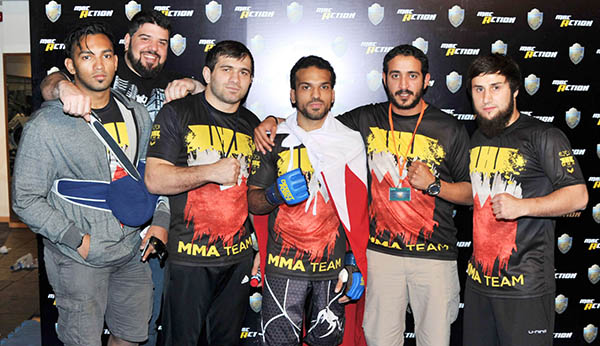 Shaikh Khalid with members of the KHK MMA team

Shaikh Khalid offered his unconditional support to Bahrain’s Hamza Al Kooheji and his technical and medical team, as the latter stepped up his preparations for his fight.

Shaikh Khalid stressed that the participation of Khalid bin Hamad’s Mixed Martial Arts team is a big step towards showcasing Bahrain as the home of different sports activities. He also thanked the Desert Force organisers for their big role in promoting the sport.