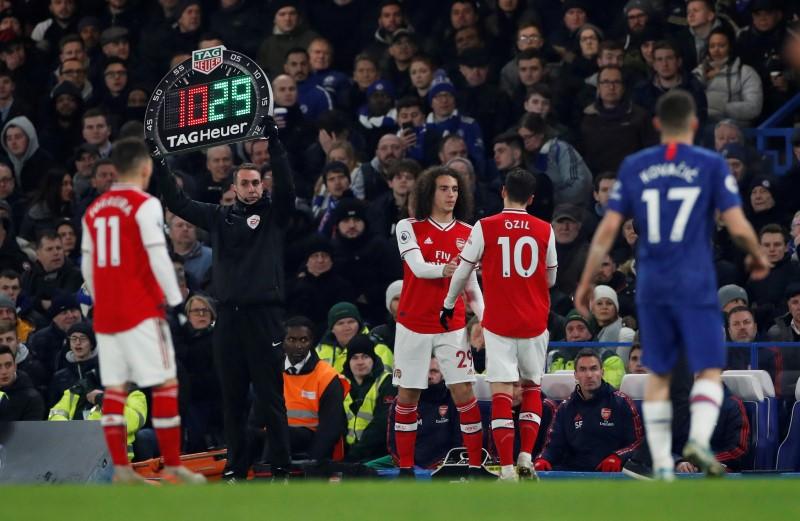 MANCHESTER: English Premier League clubs will be able to use five substitutes, rather than the usual three, when the season resumes on June 17, it was announced yesterday.

The change was decided during a virtual meeting of the league’s shareholders, where broadcast enhancements were also discussed to compensate for the absence of supporters at games.

The increase in substitutions will be temporary to mitigate the packed schedule clubs will have after a three-month suspension to the season caused by the Covid-19 pandemic.

There are 92 outstanding fixtures with the majority of teams facing nine matches in a six-week period.

“For the remainder of the 2019-20 season, the number of substitutes that can be used during a match will increase from three to five players,” a Premier League statement said after a meeting of shareholders yesterday.

“This is in line with the temporary law amendment made by the International Football Association Board last month.”

Clubs will be able to have nine substitutes on the bench, up from the usual seven.

The games are expected to be held on the normal ‘home and away’ basis, with only a handful of fixtures possibly being moved to neutral venues if authorities believe there may be a risk of fans turning up outside the ground.

Clubs also discussed possible ‘broadcast enhancements’ to allow television to have additional material to liven up the coverage of games without fans.

Reports have suggested that cameras on the bench, in the dressing room and extra ones in the tunnel could be allowed along with sound of the coin toss before the game.

The league’s Broadcast Enhancement Advisory Group have been looking at how to compensate for the lack of atmosphere.

The broadcasters themselves have been examining possible changes they could make, including a possible option for ‘enhanced audio’ featuring crowd noises.

One option under consideration is for TV viewers to be given a choice of the natural sound in the stadium or, via a button, a version with recorded crowd noise.

No decision was made and the league is also ironing out the details of the first batch of fixture dates.

The games are expected to be spread out with one scenario envisaging two matches on Friday evening, four on Saturday, three on Sunday and the regular Monday night slot. No games would be played simultaneously.