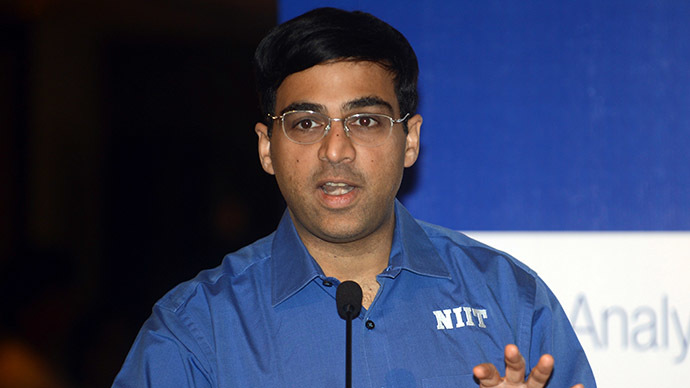 Muscat: The International Chess Academy of Oman (ICAO) will host five-time chess champion Viswanathan Anand during May 12-17 May 2016.

The Indian chess legend will be visiting Muscat from May 12 to 17 on an invitation from the ICAO and under the sponsorship of Al Zawawi Group's Al Alawi Enterprises.

The visit is a part of the Academy's quest to spread the game of chess and promote Oman in the game.

Chairman of ICAO Abdul Ameer al-Raisi said the ICAO will organise 'Play Anand' Qualification tournaments in different schools to select the best male and female students who will be challenging Anand in a simultaneous exhibition match to be played at the Avenues Mall on May 13.

Anand’s visit includes a lecture on May 14 on how to reach international standard in chess and a visit to a group of schools in Muscat on 15 May, reported Arabic daily Oman.

He became the undisputed world champion in Mexico in 2007, then defended it by beating Vladimir Kramnik in Bonn in 2008, Veselin Topalov in Sofia, Bulgaria in 2010 and Boris Gelfand in Moscow in 2012.

At the recently-concluded World Chess Candidate Tournament in Moscow, Anand finished third to miss a chance to take on Carlsen for the world championship.