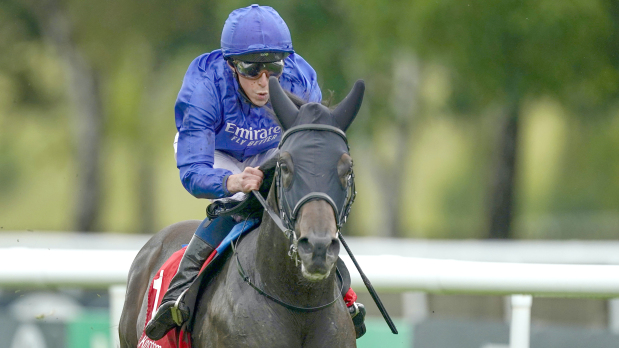 One of the Emirati horses in action

Emirati horse Al Aasy has won the annual race for the Bahrain Trophy at the Newmarket Racecourse in Suffolk in the UK.

The three-year-old bay colt is owned by the Emirati Godolphin, the global thoroughbred breeding operation and horseracing team.

Trained by W Buick, the horse was ridden to victory by jockey C Appleby, beating seven other bay colts.

Rashid Equestrian and Horseracing Club executive director Shaikh Salman bin Rashid Al Khalifa stressed the importance of the annual race for Bahrain’s trophies at the Newmarket Racecourse. He said the event reflected the standing and honourable care and support to promote the equestrian sport in Bahrain.

He hailed deep-rooted historic relations binding Bahrain and the British Newmarket Racecourse, stressing the kingdom’s keenness to sponsor the two races annually since 1978.

Shaikh Salman praised the Newmarket Racecourse Club management for their continuous co-operation to ensure the success of the races.