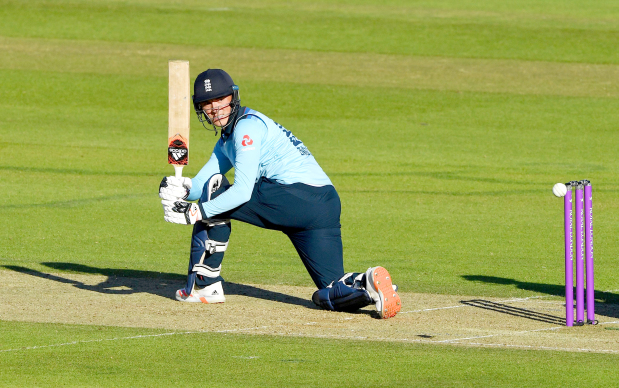 After being sent into bat, Ireland slipped to 28 for five in a horror start, but recovered to post 172 all out in a first competitive game for four months for many players in their side.

World champions England scored at a good rate in reply but lost four wickets inside the opening 14 overs to give the visitors a sniff of victory.

But Billings and captain Eoin Morgan (36 not out), a former Ireland international, put on 96 for the fifth wicket to secure victory with 22.1 overs to spare.

England were without a number of regulars who are preparing for the test series against Pakistan next week, but returning seamer David Willey had Ireland in early trouble as he picked up career-best figures of 5-30 in a fine display of swing bowling.

The visitors’ innings was rescued by South African-born all-rounder Curtis Campher, 21, who was unbeaten on 59 on debut to go with 1-26 with the ball.

He put on 66 for the eighth wicket with Andy McBrine (40) to give Ireland something to defend.

Jason Roy (24) and James Vince (25) both got starts for England in their reply and there was a murmur of excitement in the visiting camp when they had their hosts 78 for four.

But the experience of Morgan and clean-hitting of Billings, who struck 11 fours, took the game away from the Irish, who will look for improvement in the second match of three at the same venue tomorrow.

The Super League will be used to determine the eight qualified teams for the next World Cup in India in 2023.