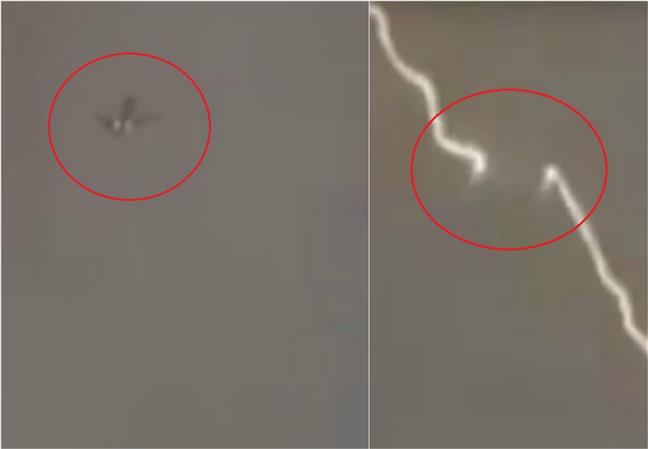 Riyadh: A Saudi passenger aircraft on a domestic flight had a close miss with nature at its elemental best when the plane flying over NorthWest Saudi Arabia was nearly struck by a bolt of lightning during a thunderstorm.

In a video uploaded on YouTube by Ajel newspaper, the plane moved in the air as the lightning missed the aircraft and there were no casualties.

This is not the first time this year that such an incident has taken place.

In February this year, a passenger on board an Etihad Airways flight captured rare footage of lighting hitting a plane as it flew through turbulent weather.

In April this year, a British Airways plane was struck by lightning during London thunderstorm.