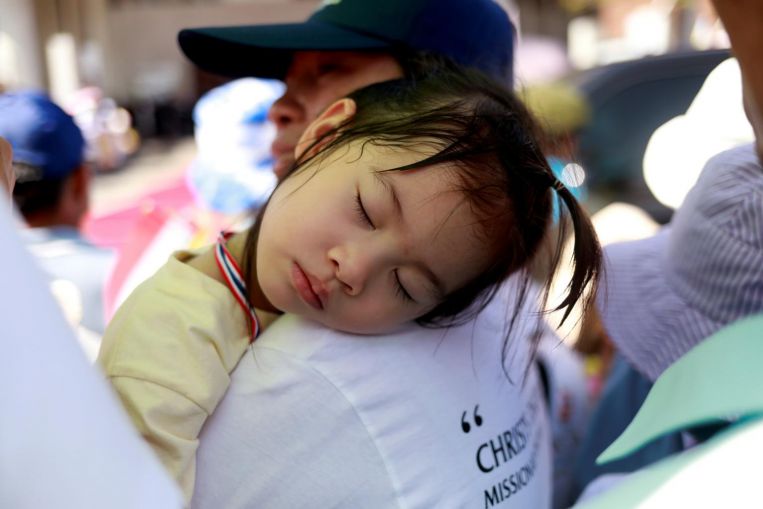 Scientists are providing a fuller understanding of the essential role that sleep plays in brain health, identifying an abrupt transition at about 2.4 years of age when its primary purpose shifts from brain-building to maintenance and repair.

Researchers on Friday said they conducted a statistical analysis on data from more than 60 sleep studies. They looked at sleep time, duration of rapid eye movement (REM) sleep, brain size and body size, and devised a mathematical model for how sleep changes during development.

There are two types of sleep, each tied to specific brain waves and neuronal activity. REM, with the eyes moving quickly from side to side behind closed eyelids, is deep sleep with vivid dreams. Non-REM sleep is largely dreamless.

During REM sleep, the brain forms new neural connections by building and strengthening synapses - the junctions between nerve cells, or neurons - that enable them to communicate, reinforcing learning and consolidating memories. During sleep, the brain also repairs the modicum of daily neurological damage it typically experiences to genes and proteins within neurons as well as clearing out byproducts that build up.
At about 2.4 years of age, the findings showed, sleep’s primary function changed from building and cutting connections during REM sleep to neural repair during both REM and non-REM sleep.

“It was shocking to us that this transition was like a switch and so sharp,” said Van Savage, a UCLA professor of ecology and evolutionary biology and of computational medicine who is a senior author of the research published in the journal Science Advances.

REM sleep declines with age. Newborns, who can sleep about 16 hours daily, spend about 50% of their sleeping time in REM, but there is a pronounced drop-off at around 2.4 years. It drops to about 25% by age 10 and about 10% to 15% around age 50.
“Sleep is required across the animal kingdom and is nearly as ubiquitous as eating and breathing,” Van Savage said. “I’d say it is a pillar of human health.”