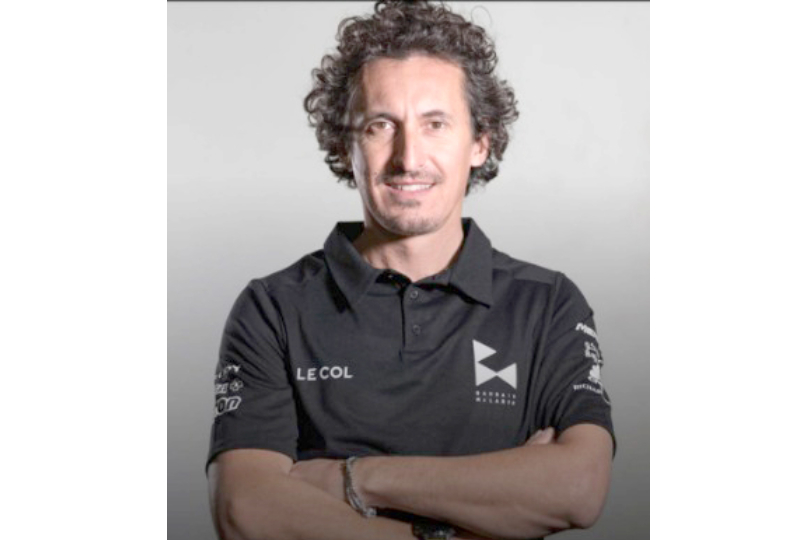 That includes the three time trials, starting with the opener today. The 15km event starts with a punchy climb before being largely downhill into Palermo.

Pellizotti, a former professional cyclist who has won two stages of the Giro during an illustrious career, told the GDN: “We have a complete team with experienced riders and some young athletes making their debut in the Giro d’Italia.

“As with all riders, we will do our best to put them in a position to give their best. Both Pello Bilbao and Jan Tratnik have specific preparation for the time trial and also here in Sicily they trained with TT bikes.”

With two Italians in the Team Bahrain McLaren squad too they will be looking for glory on home soil too. Enrico Battaglin has already won three stages here at the Giro and Eros Capecchi one.

“I’m sure they’ll try again,” added Pellizotti. “Racing on Italian roads will certainly be an extra stimulus, but the same goes for the other team members as well.

“It would be a good result for us to win a stage and enter the GC Top Ten with Pernsteiner.”

He is also sure the riders who are at their first Giro will prosper too. “Mark Padun is very young and we expect him to experience and grow during the three weeks of competition,” Pellizotti added. “The other rookie is Pernsteiner and, as I said, we are optimistic that he can enter the top positions of the overall standings.”

Favourites for the tour include Geraint Thomas of Ineos Grenadiers and Simon Yates of Michelton Scott while former Bahrain rider Vicenzo Nibali of Trek Segafredo will also be aiming to repeat his Giro success of 2013 and 2016. The Shark, as he is known, is familiar with much of the course and arrives with a squad built for the purpose of supporting him.

The Giro is known for its unpredictability and brutal climbs and the 21 stages include over 40,000m of climbing over the 3,497km course. This is exemplified by the third stage which promises an explosive finish up Mount Etna climbing nearly 19km up a 11 per cent gradient to the summit.