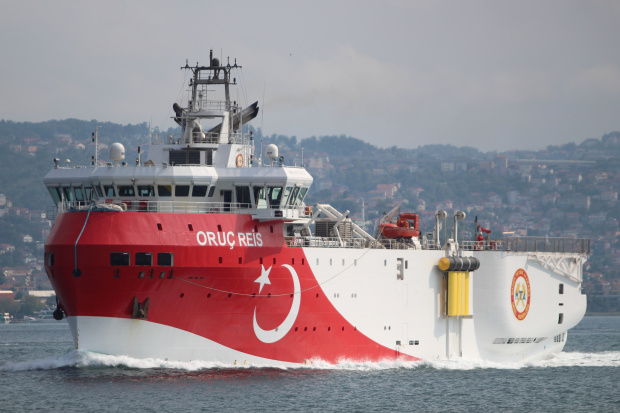 Athens: Turkey's move to carry out a seismic survey in the eastern Mediterranean south of Greek island Kastellorizo is a major escalation of tensions, threatening peace and security in the area, Greece's foreign ministry said on Monday.

Late on Sunday Turkey's navy issued an advisory, saying the Oruc Reis ship would conduct a seismic survey in the eastern Mediterranean over the next 10 days.

"The new Turkish NAVTEX on surveys south of Kastellorizo within the Greek continental shelf, at a distance of just 6.5 nautical miles from Greek shores, is a major escalation," Greece's foreign ministry said.

Coming a few days after a meeting of Greek and Turkish foreign ministers, where Turkey committed on proposing a date for exploratory talks, the move showed Turkey is "unreliable" and "does not really truly want a dialogue," it said.

"We call on Turkey to recall its decision," NATO ally Greece said.

The two countries are at odds over overlapping claims for hydrocarbon resources in the region. The foreign ministers of Turkey and Greece met last week and agreed to hold bilateral talks on the disputes.

According to Turkey's maritime notice, two other vessels, the Ataman and Cengiz Han along with the Oruc Reis exploration ship, will continue works in an area including the south of Kastellorizo until Oct. 22.

Last month, Ankara withdrew Oruc Reis from contested waters to "allow for diplomacy" ahead of a European Union summit.

After the summit the bloc said it would punish Turkey if it continued its operations in the region, in a move Ankara said further strained Turkey-EU ties.