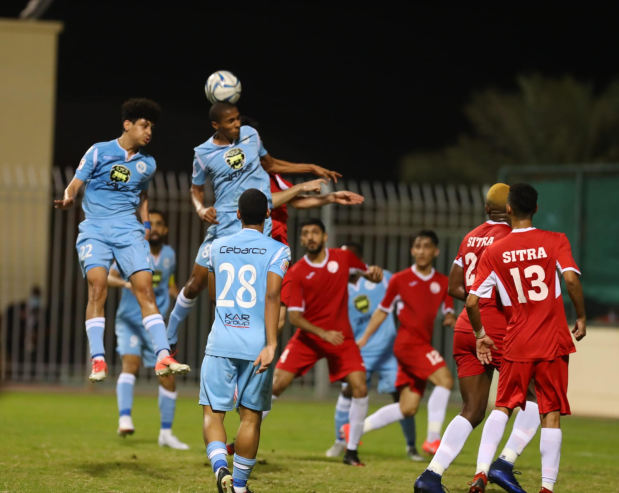 Sitra held Riffa to a 1-1 draw last night in the second round of the Bahrain Football Association Cup at the Riffa Club Stadium.

Sitra’s goal was scored by Obama, while Mahdi Abdul Jabbar scored for Riffa.

The match between Al Malkiya and Al Tadhamun was postponed.

The second round competitions kicked off on Saturday with Al Bahrain Club’s victory over Hidd (1-0), while Al Hala beat Al Ittifaq 2-1. Al Shabab drew 1-1 with Al Ittihad while Muharraq were held by Isa Town 2-2.