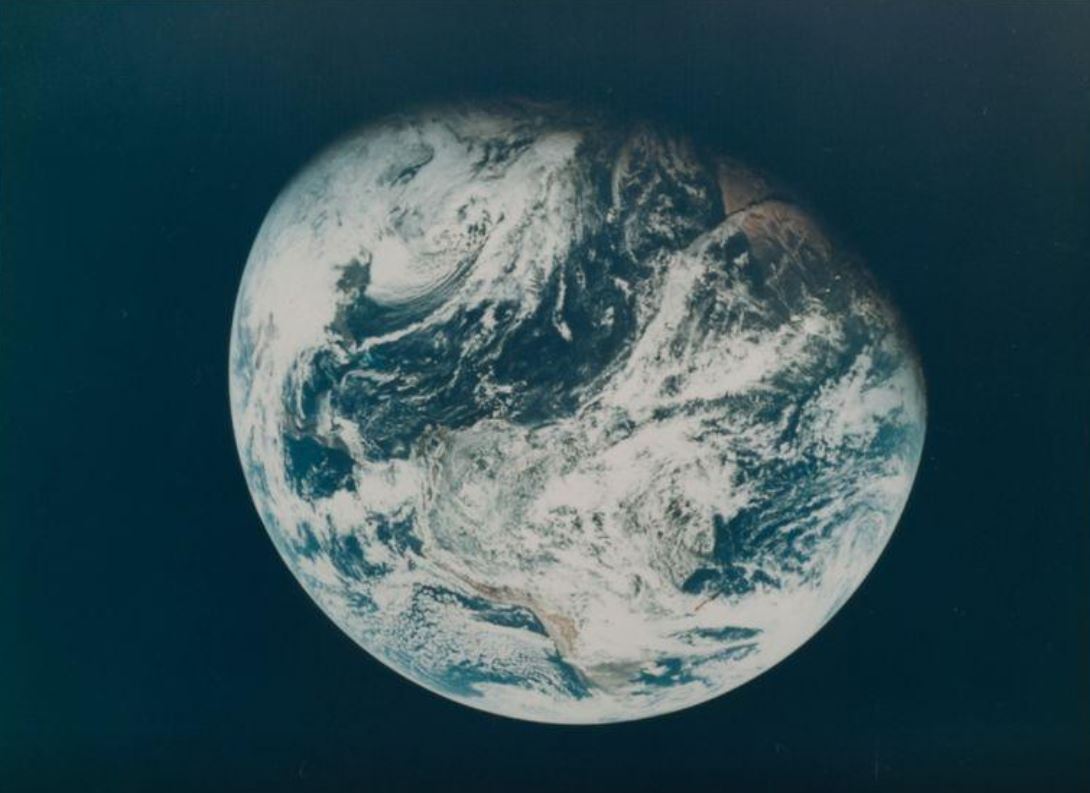 Lot 210, First human-taken photograph of the Planet Earth by Apollo 8 crew member William Anders from December 1968, one of the space photographs in a collection up for auction at Christie's, is seen in this handout image. William Anders/Christie's/Handout via REUTERS

London: A rare photograph of US astronaut Neil Armstrong on the surface of the moon is among thousands of space photographs in a collection up for auction at Christie’s.

The more than 2,400 photographs document “the golden age of space exploration” and is the most comprehensive such collection ever to come to auction, Christie’s said.

“This is probably humanity’s greatest creative and ingenious achievement, landing a man safely on the surface of the moon and bringing him back to Earth,” James Hyslop, Head of Science and Natural History at Christie’s in London, told Reuters.

“Looking at some of these images, you can really be transported to the surface of the moon.”

The “Voyage To Another World” collection, curated over decades by private collector Victor Martin Malburet, is a mix of iconic images and others that were unreleased at the time by NASA.

The sale’s top lot is an unreleased photograph of Neil Armstrong, taken during the Apollo 11 mission in 1969 when he became the first human to set foot on the moon.

Accompanied by his two crewmates Buzz Aldrin and Mike Collins, as he stepped on the dusty surface Armstrong famously said: “That’s one small step for (a) man, one giant leap for mankind.”

At the time none of the still photographs NASA released were of Armstrong, who Hyslop says was tasked with being behind the camera and taking stills, but since one has surfaced.

“Most of the astronaut photographs that you see from Apollo 11 are of Buzz Aldrin. But just at the end of the mission, Buzz actually took the camera and took a quick snap of Neil. And this is forgotten about in the aftermath of the successful mission. And it was only rediscovered in the 80s,” Hyslop said.

Another image due to go under the hammer, is of Aldrin, when he managed to photograph himself during a 1965 Gemini XII mission.

“It’s the first selfie in space, we’re so used to selfies these days...but this is a big camera that Buzz Aldrin had to turn around and pointed himself with a beautiful image of the earth in the background,” Hyslop said.

Other items up for auction range from early images of the far side of the moon from the late 50s to the NASA and Apollo missions in the 1960s and 70s and ending with images of the Red Planet.