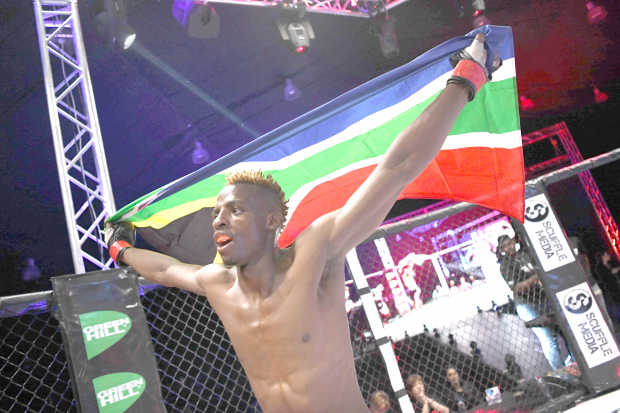 Ndebele is arguably the biggest name in South African amateur MMA, with an amateur record of 12 wins and only three losses before turning pro in late 2018. Coming from humble beginnings and powered by an unbreakable will, Ndebele rose through the ranks dropping sweat, tears, and blood, but also leaving a trail of opponents in the way.

With BRAVE Combat Federation’s scouting program taking place in South Africa, and recruiting local talent to offer them a global platform to shine, it hasn’t come as a surprise when Ndebele signed a deal with the Bahrain-based organization.

In three performances so far, ‘King’ Ndebele repeatedly proved why he’s labelled as one of the biggest natural talents in the whole African continent but also that he’s putting the work to develop all his potential.

In his most-recent appearance inside the BRAVE CF arena, Ndebele beat Ireland’s Ian Cleary via unanimous decision at BRAVE CF 31, held at the Sibaya Casino, in Durban, South African, on December, 2019.

But Ndebele wants more and he’s certain his time is now. At BRAVE CF 45, Ndebele will take on Zia Mashwani, from Pakistan. The event will take place in Bahrain, where Ndebele competed under the IMMAF amateur banner. This time around, though, he wants to write another chapter of his story, a professional one.

With amazing versatility and mental strength of a veteran, Ndebele will deal consistently with the pressure for achieving greatness and the responsibility of carrying on his successful past towards his bright future.