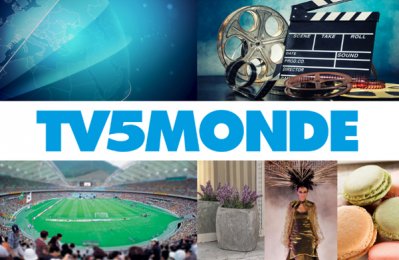 TV5MONDE, a unique global French-language entertainment TV network, is set to grow its presence in the UAE hotel sector, according to network offcials.
Recent studies show that over 66% of newly opened international 4-star and 5-star hotels in the UAE offer TV5MONDE in their channel line-up, while over 72% of local 4-star and 5-star hotel groups are airing it, with a total of over 22,000 rooms airing the channel in 4-star and 5-star hotels opened between January 2017 and December 2019 in the UAE alone.
To gain an even larger presence in the country’s hotel sector TV5MONDE is organizing targeted campaigns to raise awareness for the global French-language channel, a statement said.
Ingrid Gressier, Senior VP Sales & Marketing - Out-of-Home, explained: “The majority of the hotels our team has approached to add TV5MONDE to their channel line-up have responded positively. We usually meet IT managers who are mostly English speakers and are not familiar with TV5MONDE but as soon as we introduce the channel and show them its multi-national and varied programming such as cinema, series, news, sports, lifestyle, cartoons, they understand why it is added value for the general offering of their hotel. And as the channel is free-to-air and available on Arabsat, NileSat and both local IPTV service providers, it is easy for them to include it in their channel line-up.”
In the UAE, in local households, among the 12 French-language TV channels available through local UAE IPTV provider du, TV5MONDE is the most watched one, representing over 50% of the French-language segment market share. Though not commonly known, worldwide, 40% of the audience of TV5MONDE are not native French speakers but speak French as a second language or are Francophile, it said.
“The UAE has always been a hub for world travellers. At the moment travel has been restricted because of the pandemic but it will start anew in the future and people will be eager to visit and enjoy the hospitality of the region” added Ingrid. “With Africa becoming a key partner of the Gulf countries and a large portion of Africans speaking French as well as their native language, we are confident that our channel will attract more and more regional hotels. All the more so as the UAE is fast becoming a regional centre for the French language in close relationship with TV5MONDE. We are working on sharing our online French-learning tools with local schools, the Café TV5MONDE opened at the Alliance Française Abu Dhabi in April 2019 and the “Librairie Francophone TV5MONDE”, the only French-language bookstore in Abu Dhabi, is set to open in the same cultural centre by the end of the year. All these initiatives embody TV5MONDE’s will to support the growing presence of the French language in the region.”
Two TV5MONDE channels are available in the region: general entertainment channel TV5MONDE Maghreb Orient -- with its main programmes subtitled in Arabic --  and its thematic channel TV5MONDE Style HD, focusing on the French “Art de Vivre” - subtitled in Arabic and English. Both are free-to-air and easily available in HD on Arabsat. TV5MONDE Maghreb Orient is also available in HD on Nilesat. – TradeArabia News Service