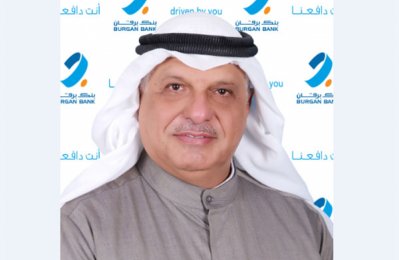 With an eleven-year tenor, and an option for redemption after six years from the date of their issuance, the bonds’ term structure is the first of its kind from the GCC. The bonds comply with the Basel III regulatory framework, as adopted by the Central Bank of Kuwait.

The transaction came on the back of calls with global, institutional investors from Europe, Asia and the Middle East. Investors took comfort in the Bank’s sound business strategy, strong credit fundamentals, and the bonds’ A- rating by Fitch.

The orderbook saw strong momentum - with participation from more than 160 investors, its size peaked at $2 billion (excluding JLMs’ interest), representing a 4x oversubscription rate. This allowed the Bank to place the bonds at a coupon rate of 2.75% per annum, which translated to a margin of 222.9bps over the interpolated six-year US Treasury Rate.

Demand from a diverse investor base allowed for balanced geographic distribution. The bonds were allocated to investors across Europe 48%, Asia 23%, the Middle East 23%, and US Offshore Accounts 6%. Allocations to different types of accounts were also well balanced between Fund Managers 76%, Banks and Private Banks 19%, and Pension Funds, Agencies and Insurance Companies 5%.

Chairman of Burgan Bank Group, Majed Al-Ajeel stated: “The success of this transaction highlights investors’ confidence in the Bank’s board and executive management, and its strategic direction. We would like to thank the Central Bank of Kuwait and the Capital Markets Authority for their support of this unprecedented transaction”.

The Vice Chairman and Group CEO of Burgan Bank Group, Masaud Hayat commented: “The high demand for the bonds from international investors reflects their confidence in the Bank’s strategy and its credit fundamentals, which also support the bonds’ A- rating by Fitch”.

Raed Al-Haqhaq, Deputy GCEO & Chief Executive Officer - Kuwait remarked: “We are very pleased to close yet another inaugural debt capital markets transaction from the region. The support provided by the Bank’s advisors was indispensable for the transaction’s success”.

Burgan has affirmed credit ratings of A+ by Fitch, A3 by Moody’s and BBB+ by S&P. – TradeArabia News Service