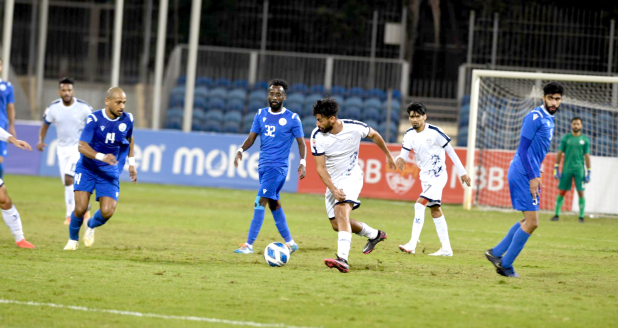 Action from the match between Hidd and Najma

Title holders Al Hidd were held to a 1-1 draw by Al Najma in the opening round of the Nasser bin Hamad Premier League yesterday.

After a drab first half at the Khalifa Sports City Stadium in Isa Town, Hidd finally scored two minutes after the interval through Abdulla Al Hashash. They held on to the lead for most part of the second half and raised hopes of a winning start in the new season until Brazilian Arthur struck for Najma in the 82nd minute.

Meanwhile, in the second match of the evening, held at Al Ahli Club Stadium in Mahooz, Manama played out a goalless draw against Busaiteen.