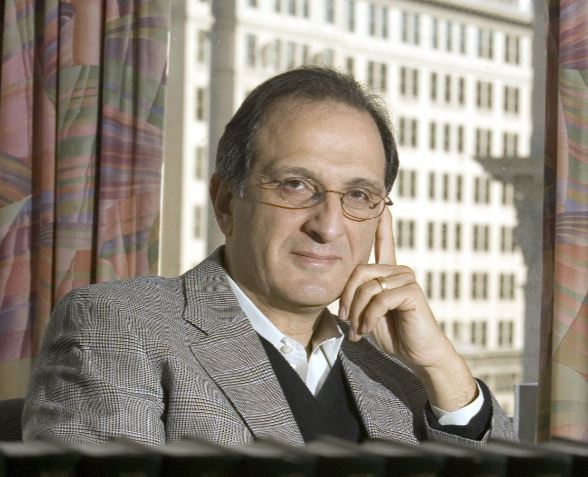 The traditional refrain on New Year’s Eve is “ring out the old, ring in the new”. It is intended as an expression of our hope that no matter what hardships we have endured, the New Year will be better.

To be quite honest, I’m having some difficulty feeling that way this year.

I clearly have some personal reasons that account for my sombre mood. The loss of Eileen, my beloved wife of 52 years, has cast a pall over everything. But I don’t want to focus here on the personal as much as on the larger picture – the impact of two distinct but related crises that have taken a toll on the US in 2020 and will, I believe, continue to have an impact in 2021: The Trump presidency and the coronavirus pandemic.

In confronting most of these past crises, we came together as a nation, addressed the challenges they presented, and healed. However, Trump and the pandemic have left us more deeply divided than before.

The ascent of Donald Trump and Trumpism did not occur in a vacuum. There were antecedents that led to his election in 2016. A significant part of the American electorate felt ignored by elites whom they believed had no understanding of their grievances. They had lost their moorings to rapid social, political, economic, and cultural change. And they looked for a champion who would speak to their resentments and feelings of dislocation.

Trump became their champion. He not only spoke to their fears, he exacerbated and preyed on them using appeals to racism and xenophobia. And he not only identified with their resentments, he added to them a mix of his own grievances, calling into question the legitimacy of some of our foundational institutions.

Most recent polls show that 77 per cent of Trump voters believe that he won the election and that victory was stolen from him.

With more than 50 million voters viewing a Biden presidency as illegitimate, it will be difficult for the incoming president to govern effectively.

Trump didn’t create the hyper-partisanship that has paralysed Washington for decades. He has, however, taken it to new levels. He didn’t introduce the poisons of racism and xenophobia into our political discourse. But ha has given licence to his supporters to use such vile speech.

He also didn’t create American’s lack of confidence in media, but his constant claims of “fake news”, his 30,000 untruths in tweets and speeches, and his projection of what an aide once referred to as “alternative facts” have resulted in a divided polity that not only disagrees on policy, but on reality.

Will the GOP remain in Trump’s thrall or will Trumpism morph into something more destructive – a more potent form of the QAnon cult or the dangerous Proud Boys, white nationalist movement? Whatever the answers, what is clear is that the damage done to our politics and our shared sense of common purpose is real and will be with us for the foreseeable future.

When we first became aware of the magnitude of the coronavirus in March, health experts issued warnings and called for dramatic steps to be taken.

Trump, however, downplayed the seriousness of the disease and has continued to do so since then.

While several Democratic governors imposed various degrees of lockdowns and mandated the wearing of masks, Republican governors, taking their cues from the White House, resisted. At one point, Trump called on his faithful to storm the state capitols governed by Democrats demanding an end to the lockdown – and they did, many armed with weapons of war.

Despite the US death toll from the virus reaching 330,000, Americans remain divided with a substantial minority refusing to obey health warnings, insisting that they are an infringement of their personal freedoms.

Even more disturbing, many among Trump’s loyalists, echoing the president’s charges, are claiming that the entire pandemic is overblown and was used by Democrats to scare voters into casting absentee ballots which the president believes enabled the fraudulent counts.

In the beginning, we warned that the longer it lasted, the greater the economic and social consequences. We foresaw businesses closing, neighbourhoods impacted, a drain on city and state governments as they saw revenues declining while demand for essential services continued to grow, and a devastating impact on educational institutions and the children they serve.

We also envisioned the disparate impact that this would have on the poor and those with special needs and the increase in stress-related problems including depression, agoraphobia, addiction, and suicide. Nine months later, our worst fears have been borne out.

Even with the vaccine, the disease will continue to take its toll for months to come. And even when it is brought under control, we will be living in a different country. Our cities and daily life will have changed. Many office workers who’ve learned to work remotely, will not return to their offices. And downtown businesses that once served them and have since closed, will not reopen. Many social gatherings will continue to be curtailed. Children, especially the poor and those with special needs, will have a difficult time recovering from a lost year of learning, social development and interaction. And beyond all this, are the impacts of prolonged unemployment, depleted savings, and debt resulting from the dislocation brought on by a changed economy.

Facing down these two plagues that have so dramatically impacted our lives, many had the naïve hope that the defeat of Trump and a vaccine would act as silver bullets that would return us to normal. It will not be so simple.

And so in the face of all this, it feels somewhat naïve to just say “ring out the old, ring in the new”. Hope must be coupled with resolve and hard work. It won’t be easy, and even with our best efforts, there won’t be a return to the “normal” that was.