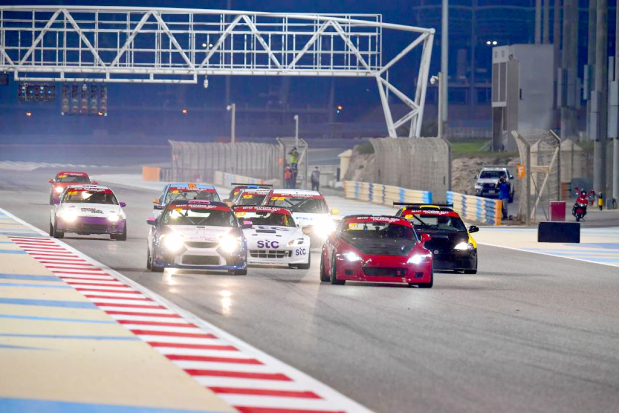 Bahrain International Circuit (BIC) is set to raise the excitement level today with a full day of high-octane racing both on the track and down the drag strip.

A packed schedule of events kicks off with the region’s longest-running circuit racing championship, the BIC 2,000cc Challenge, which will be holding the fourth round of its 2020/2021 season. The spotlight then turns to the strip later in the evening for the highly anticipated opening meeting of the 2021 Bahrain Drag Racing Championship, the premier drag racing series in the Middle East.

Leading drivers and crews from Bahrain and across the Gulf will be taking part in both events. All events at BIC are currently being held without spectators, with participant and crew access only over the weekend.

The fight for all-important points and podium places in the 2,000cc Challenge is set to heat up as the season reaches its midway point. Racing will be taking place along BIC’s 2.554-kilometre Oasis Track.

The day’s programme begins at 10.05am with a 30-minute Practice, followed at 11.15pm by Qualifying, also set for a 30-minute duration. Race one will then be held over 12 laps starting at 12.43pm, which will set the stage for the day’s second race flagging off at 2.13pm. It will also be held over 12 laps. Podium ceremonies will take place after each sprint.

Top participants Raed Raffii (Honda S2000) and Raed Himmo (Honda Civic) will be looking to continue from where they left off in the previous round last week, when they each came away with a race victory.

Amongst the Novice class runners, Majed Himmo (Honda Civic) and Ali Al Mansoori (Honda Civic) were the winners in the last round and they are hoping to maintain their momentum.

The BIC 2,000cc Challenge is being run by BIC, the Bahrain Motor Federation (BMF) and the Circuit Racing Club. Following this weekend’s events, round five is scheduled for February 5, and then the sixth and penultimate round will be held on March 5. The championship-finale is then slated for April 2.

Meanwhile, the Bahrain Drag Racing Championship will see a field of over 90 entrants go head-to-head in 10 different competition categories for both cars and motorbikes.

The field is headlined by NHRA Pro Mod Series world champions Bahrain1 Racing, who will be competing on home soil with veteran racer Khalid Al Balooshi. Bahrain1 are expected to be amongst the top contenders from the Pro Mod runners at BIC this weekend.

The competing drag racers have already been gearing up for the round with two nights of Test and Tune at BIC on Tuesday and Wednesday, while Qualifying was scheduled to be held last night to set the brackets for today’s races.

The first eliminations are scheduled to begin at 4pm.