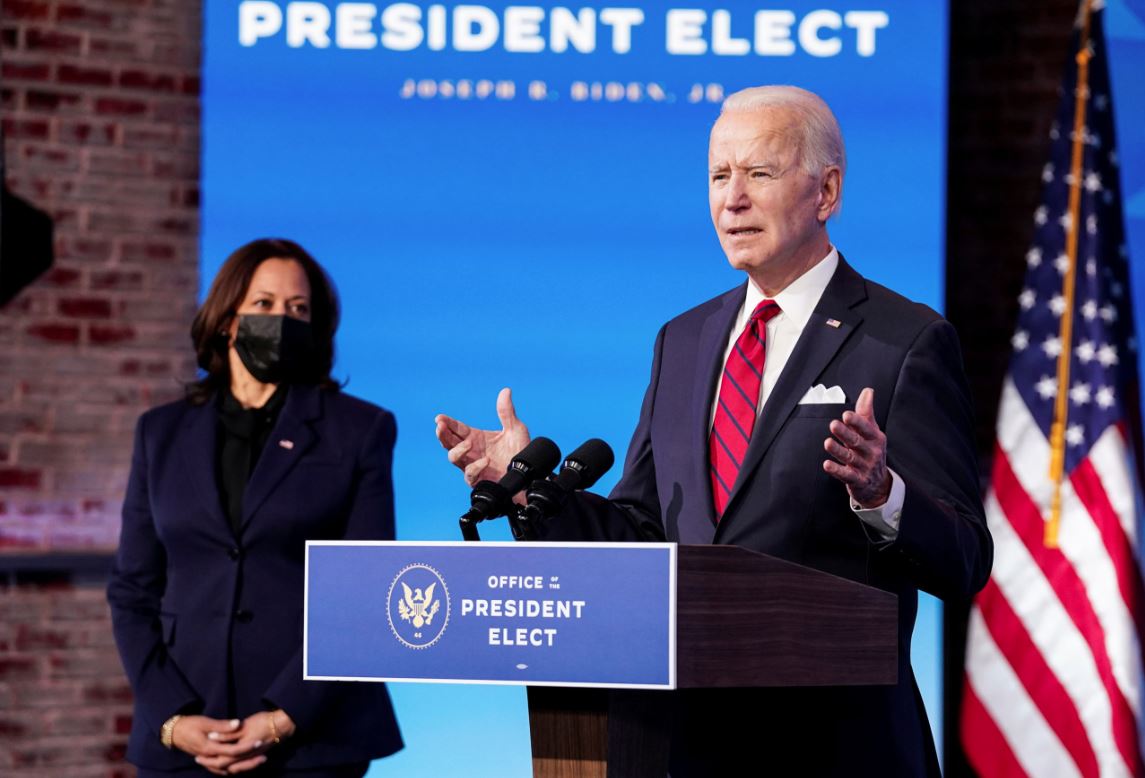 US President-elect Joe Biden on Friday said he would order increased production of syringes and other supplies to ramp up vaccinations against Covid-19 and improve upon the Trump administration rollout that he called a “dismal failure.”

Under Biden’s plan, federal disaster-relief workers would set up thousands of vaccination centres, where retired doctors would administer shots to teachers, grocery store workers, people over 65 years old and other groups who do not currently qualify.

The Democrat would invoke the Defense Production Act to increase the production of equipment needed to distribute the vaccines, such as glass vials, needles and syringes, according to a document released by his transition team. He would also use the law to support vaccine refrigeration and storage.

Biden said his team has identified companies that are ready to be activated under the law, which enables the president to order businesses to produce items necessary for national defence.

States that use their National Guard in the effort would be reimbursed by the federal government, the transition team said.

The coronavirus has killed more than 390,000 people in the United States, and a top Biden adviser said on Friday the death tally could reach 500,000 by February.

Biden has promised to do better than President Donald Trump to curb the virus and get 100 million vaccine shots into the arms of Americans during his first 100 days in office.

“This is a time to set big goals and pursue them with courage and conviction because the health of the nation is literally at stake,” said Biden, who takes office on Wednesday.

Speaking near his home in Wilmington, Delaware, Biden called for increasing vaccine distribution in lower-income neighbourhoods not currently well served by hospitals and pharmacies. Biden also plans a marketing campaign to encourage those sceptical of the vaccine to get inoculated.

Biden said his administration will release the vast majority of doses when they become available, rather than holding back a large portion to ensure that recipients can get a second dose, which had been the Trump administration’s approach for much of the rollout. States will get regular updates to know how many doses are coming to ensure they can distribute them efficiently.

He said he will order the Federal Emergency Management Agency to set up 100 vaccine centres within a month, which he said would ultimately serve millions of people. Neighbourhood pharmacies would also be enlisted as vaccination sites, he said.

Even with these changes, Biden said it will take time for the United States to beat back the virus. “The honest truth is this: things will get worse before they get better,” he said.

Biden unveiled a $1.9 trillion stimulus plan on Thursday that includes $20 billion for vaccine distribution as well as $50 billion for coronavirus testing, which experts and officials said should help speed the process up.

The stimulus proposal faces an uphill battle in Congress, however. When Biden takes office, Democrats will control both the Senate and the House of Representatives but by narrow margins. Some Republicans have baulked at its cost, while liberals have pushed for more spending on direct payments to individuals.

The Trump administration had aimed to give vaccine doses to 20 million Americans by the end of 2020. But only 12.3 million coronavirus shots had been administered as of Friday morning out of more than 31 million doses distributed to states, according to data from the U.S. Centers for Disease Control and Prevention.

Federal officials have largely left states to manage distribution, resulting in big differences in vaccination rates. The Trump administration has said it expects 1 million shots to be delivered per day by the end of next week.

A Trump administration official, speaking on condition of anonymity, said the United States is on track to have 300 million doses available by the end of Biden’s first 100 days in office.