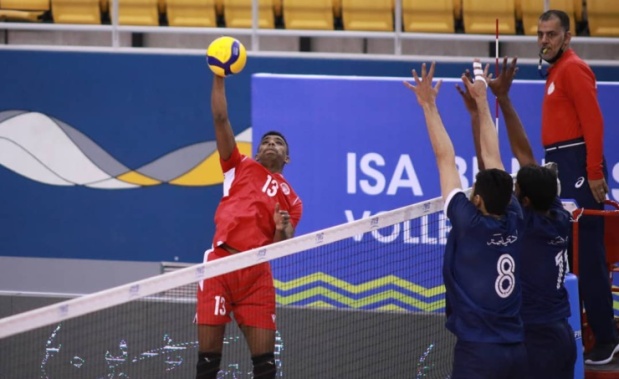 Muharraq regained their first place last night as they edged past Al Najma 25-16, 25-15, 25-19 in the 12th round of the Isa bin Rashid Al Khalifa Volleyball League.

Muharraq now have 35 points on top of the table, while Al Najma’s tally stands at 18.

Bani Jamra and Al Ahli will take on A’ali and Al Najma, respectively on Saturday, while Al Nasr and Muharraq will play Busaiteen and Dar Kulaib on Sunday.