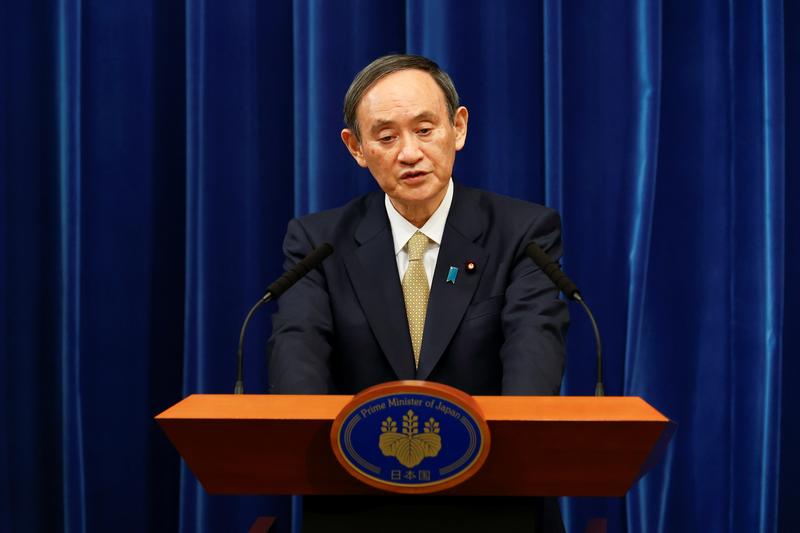 “Congratulations to President @JoeBiden and Vice President @KamalaHarris on your inauguration. The Australia-U.S. Alliance has never been more important. I wish you both every success for your time in office and look forward to working closely with your new administration.”

“We have a common investment in the international rules-based order and I welcome President Biden’s intentions for the U.S. to re-join the Paris Agreement and halt its withdrawal from the World Health Organisation.”

“President Biden’s message of unity as he takes office is one that resonates with New Zealanders and, on behalf of New Zealand, I wish him well as he begins his presidency.”

“@JoeBiden, congratulations on your inauguration. America is back. America’s new beginning will make democracy even greater. Together with the Korean people, I stand by your journey toward ‘America United’.”

TAIWAN PRESIDENT TSAI ING-WEN, IN A STATEMENT FROM HER OFFICE:

“President Tsai wishes the new Biden administration smooth policy implementation, and looks forward to building on the strong foundation of the Taiwan-U.S. partnership to further our bilateral collaboration, as well as the prosperity of, and friendship between, the people of both countries.”

“Strong American leadership will make a decisive difference to our collective recovery and the shape of the post-COVID-19 world.”

“There is a deep reservoir of goodwill for the U.S. in our region, because of the vital role the United States has played anchoring regional stability and economic prosperity for over half a century.”

“Congratulations to President @JoeBiden and Vice President @KamalaHarris on your inauguration. Japan and the United States are allies tied firmly by bonds and shared universal values.

“I look forward to working with you and your team to reinforce our alliance and to realise a Free and Open Indo-Pacific.”

“The United States is back. And Europe stands ready. To reconnect with an old and trusted partner, to breathe new life into our cherished alliance. I look forward to working together with @JoeBiden.”

“I look forward to working with him (Biden), and with his new administration, strengthening the partnership between our countries and working on our shared priorities: from tackling climate change, building back better from the pandemic and strengthening our transatlantic security.”

“Today is a good day for democracy. In the United States of America, it has faced tremendous challenges – and endured. Despite the attempts to tear at America’s institutional fabric, election workers and governors, the judiciary and Congress, have proven strong. I am greatly relieved that, today, Joe Biden is being sworn in as president and will be moving into the White House. I know many people in Germany share this feeling.”

POPE FRANCIS, IN A MESSAGE TO BIDEN:

“Under your leadership, may the American people continue to draw strength from the lofty political, ethical and religious values that have inspired the nation since its founding.”

“I likewise ask God, the source of all wisdom and truth, to guide your efforts to foster understanding, reconciliation and peace within the United States and among the nations of the world in order to advance the universal common good.”

“As he takes the oath-of-office, I know that President Biden will feel the weight of history – the presence of his Irish ancestors who left Mayo and Louth in famine times in search of life and hope.”

“I hope he will also be conscious of the great pride we in Ireland take in his immense achievement. He is one of us, part of our global family.”

“The (election) victory of Biden represents the victory of democracy over the ultra-right and its three methods, the massive deception, the national division and the abuse, even violent, of democratic institutions... Five years ago, we thought Trump was a bad joke, but five years later we realised he jeopardised nothing less than the world’s most powerful democracy.”

“We are looking forward to the Biden presidency, with which we will start working immediately in view of our presidency of the G20. We have a strong common agenda, ranging from the effective multilateralism that we both want to see, to climate change, green and digital transition and social inclusion.”

“Best wishes on this most significant day for the American people! We are together. We will be stronger to face the challenges of our time. Stronger to build our future. Stronger to protect our planet. Welcome back to the Paris Agreement!”

“Russia and its president are in favour of preserving this agreement... If our American colleagues will in fact demonstrate a political will to preserve this pact by extending it, this can only be welcomed.”

Canada and the United States “will continue this partnership as we fight the global COVID-19 pandemic and support a sustainable economic recovery that will build back better for everyone.”

“We will also work together to advance climate action and clean economic growth, promote inclusion and diversity, and create good middle class jobs and opportunities for our people while contributing to democracy, peace, and security at home and around the world.”

“Congratulations President Joe Biden and Vice President Kamala Harris on your historic inauguration. President Biden, you and I have had a warm personal friendship going back many decades. I look forward to working with you to further strengthen the US-Israel alliance, to continue expanding peace between Israel and the Arab world, and to confront common challenges, chief among them the threat posed by Iran.”

Netanyahu’s office released a separate statement on Trump: “President Trump, thank you for all the great things you have done for Israel, especially your historic recognition of Jerusalem as Israel’s capital and bringing four peace agreements between Israel and the Arab world.”

“There are no regrets at the departure of Trump, as he has been the biggest source and sponsor of injustice, violence and extremism in the world and the direct partner of the Israeli occupation in the aggression against our people.”

“U.S. President Joe Biden must reverse the course of misguided and unjust policies against our people and lay the foundations for security and stability in the region.”

“Congratulations Joe Biden & Kamala Harris! Best wishes in your work on behalf of all United States people. Looking forward to working with you on developing relations between Belarus and US!”

“The DIPLOMATIC VANDALISM of Trump, Pompeo & co stemmed partly from a broken institutional process. But that same process-when ‘functional’-produced disasters like wars in Iraq, Afghanistan & Vietnam. The world knows that only the US can fix itself - in practice; not just words.”

“I look forward to working closely with President Biden and welcoming him to the NATO Summit in Brussels later this year. Our focus will be NATO2030, the initiative to make our strong Alliance even stronger and fit for the future.”

TEDROS ADHANOM GHEBREYESUS, DIRECTOR-GENERAL OF THE WORLD HEALTH ORGANISATION, IN A TWEET: