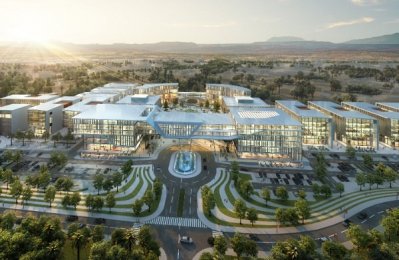 Oman-based Maysan Properties has announced the launch of the first phase of its mixed-use project, Maysan- Square Duqm, featuring an office complex, residential apartments, a business hotel and entertainment avenues in the sultanate's Duqm region.
The Maysan-Square Duqm project is a freehold property strategically located in the Centre of Duqm, 10 minutes away from the port and 15 minutes from Duqm Airport.
There is a demand for quality office spaces in the region, which is expected to see a population of over 200,000 over the years, said its CEO Sadiq bin Jaffer Sulaiman while speaking to the Oman Observer.
"The Phase One of the constructions will commence in April and is expected to be completed in the last quarter of 2022," he stated.
This phase will see the development of a 12,000-sq-m office complex featuring 229 commercial units and retail stores available for ownership under the usufruct system.