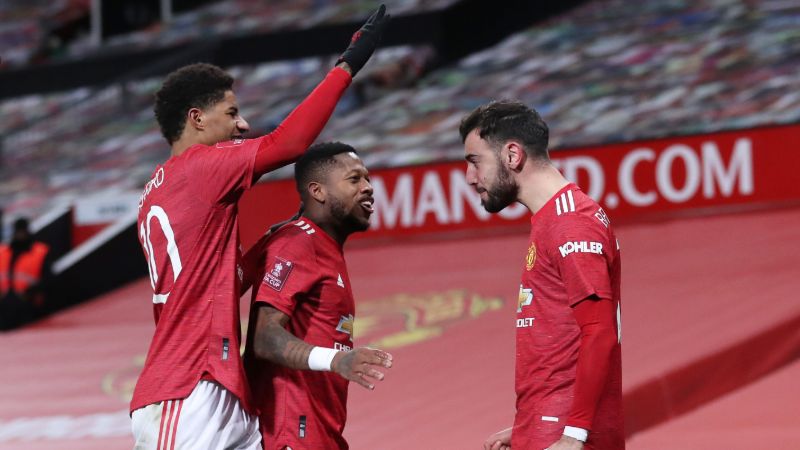 The Portuguese, on as a substitute, stepped up to bend a right-footed strike beyond Alisson in the 78th minute to book a last-16 tie for his side against West Ham United.

Mohamed Salah scored both of Liverpool's goals, the first to give his side an 18th-minute lead before Mason Greenwood levelled, and then again in the 58th minute after the outstanding Marcus Rashford had slotted United ahead.

Liverpool looked the more likely winners but it was Fernandes, so often United's spark, who sealed it with his 28th goal in all competitions for the club since his debut last February.

The tie proved an absorbing tussle, in marked contrast to the turgid 0-0 stalemate between the sides at Anfield in the Premier League last weekend.

But that was of scant consolation for Liverpool who have now won only once in seven games in all competitions.