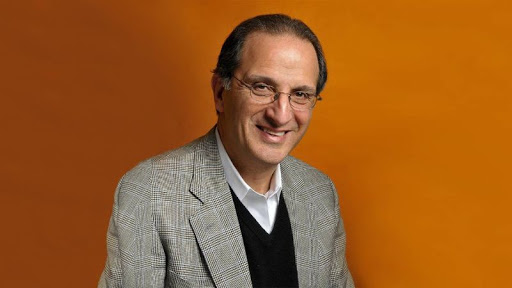 Israelis love to use their hasbara (advocacy) machinery to get good Press. But, as is the case with propagandists, the stories they generate frequently fail to reflect reality.

Israel’s handling of the coronavirus has provided several examples.

In the very early stages of the pandemic, there were reports that Israeli scientists were on the verge of developing a vaccine against the disease. Months later, there is still no Israeli-produced vaccine.

In the early summer, Israel was boasting it had the lowest infection rate in the world and that it was a model country for dealing with the pandemic. A short time later, there were mass outbreaks of the virus across Israel, forcing them to go into repeated lockdowns.

The hasbarists were ready with the explanation that the problem was the Ultra-Orthodox and Israel’s Arab citizens, both of whom were accused of failing to observe the lockdown.

After paying more than twice the market rate to purchase millions of doses of the available vaccine, Israel is again presenting itself as model country.

Embattled Prime Minister Benjamin Netanyahu touted his “success” before a high-level European summit and is staking his re-election bid on his pandemic policies. But increasingly, Press accounts are challenging Israel’s success, noting it doesn’t include the five million Palestinians who are under its control. And this isn’t sitting well with the hasbarists.

On Christmas Eve, I appeared on MSNBC to discuss Israel’s failure to provide vaccines for Palestinians in the West Bank and Gaza. A week earlier, the Washington Post ran a story, “Israel is starting to vaccinate, but Palestinians may have to wait for months.” The article quoted international rights groups noting that “Israel bears moral and humanitarian responsibility for vaccinating the Palestinian population under its control.”

In the same article, Israel’s Health Minister flatly stated, “There is no responsibility... We can’t deny an Israeli citizen a vaccination because we want to help someone else.”

When asked to comment on this policy, I noted that the Fourth Geneva Convention governing military occupation clearly states that the occupying authority has the responsibility for the public health of the occupied population.

Within days, both the MSNBC host and I were attacked by a pro-Israel media “watchdog” group. Days later, a newly-elected Congresswoman from Illinois also criticised Israel for failing to provide vaccines for the Palestinians. She too was criticised by a coalition of Illinois American Jewish organisations.

The defence of Israel offered in each instance was galling, since they based their case on the provisions of the 1993 Oslo Accords and the 1994 Paris Protocols which empowered Palestinians to provide for “present standards of vaccinations” and the imports of pharmaceutical products.

It takes a massive amount of “chutzpah” for defenders of Israel to use the Oslo Accords and the Paris Protocols to make their case. When it comes to Israeli behaviour, these agreements have, as the saying goes, “been honoured more in the breach than in the observance”.

Oslo was intended as an interim agreement in anticipation of final status negotiations after five years. Oslo specifically laid out the most sensitive issues – including Jerusalem, settlements, and borders – and enjoined both parties against taking any unilateral measures that might predetermine their outcomes.

The Paris Protocols spelled out the economic relations that would govern the interim period. Palestinians were to have a seaport and an airport. And while Israel reserved the right to inspect and approve all Palestinian imports and to collect VAT taxes to be turned over to the Palestinians monthly (minus a small administrative fee), the agreements do not allow for arbitrary administration of these inspections. Nor do they allow for Israel to withhold the monies – since it was clearly understood that these were Palestinian revenues.

Since Oslo, Israel repeatedly violated these provisions by acting to predetermine the final status of Jerusalem, settlements, and borders. Israel also violated the provisions of the Paris Protocols. It routinely withheld the transfer of tax revenues to the Palestinians.

There is no airport or seaport. Israel routinely denies Palestinians the opportunity to freely import and export. While it doles out small amounts of medical supplies to Palestinian health authorities, Israel limits the transfer of needed items, like oxygen, to Palestinian hospitals.

With Israel having abrogated both Oslo and Paris, it is galling that it now uses these agreements as justification for its refusal to accept its legal responsibility for the health and safety of the Palestinian population over whom it rules.

Since the Post story, numerous other mainstream media outlets have noted Israel’s violation of its responsibility towards the Palestinians under international law. What has caused panic is the concern that they are ruining Israel’s “good story” about being the number one provider of vaccines to its population and Israeli hasbarists can’t stand being challenged by reality.