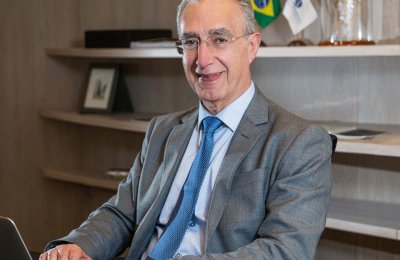 Brazil’s exports to the Arab countries continue to surge, driving the trade surplus to $6.11 billion in 2020, according to the latest figures released by the Arab-Brazilian Chamber of Commerce (ABCC).
The South American country’s exports to the bloc of Arab countries generated $11.47 billion in revenue during the same year. Up 16.2 per cent from 2019, the $6.11 billion accounts for 12.2 per cent of the $50 billion all-time record trade surplus witnessed by Brazil throughout the year.
The ABCC report further showed that Brazilian sugar was the number one exported product to the Arab world last year, edging out poultry in terms of regional market share. The revenue from the commodity amounted to $2.87 billion, or 32.5 per cent higher compared to 2019.
Sugar was followed by poultry ($1.99 billion), iron ore ($1.40 billion), maize ($1.12 billion), beef ($968.03 million), and soy ($323.1 million).  The UAE ($2 billion), Saudi Arabia ($1.89 billion) and Egypt ($1.75 billion) were the top three export destinations.
ABCC President Rubens Hannun said: "Arab countries remain to be one of Brazil’s leading international trade partners, only behind China and the US. The Arab-Brazil trade relations are only further growing."
"The region is also the second largest destination of agribusiness exports from Brazil. All these elements point to Arab states’ vital role in Brazil’s production sector," he stated.
Hannun pointed out that ABCC also assisted last year several companies from Saudi Arabia, Bahrain, Egypt, the UAE, Kuwait, Morocco and Sudan assigned by their governments to import beef, poultry, fish, sugar, rice, dairy, maize and fruits to address the surging demand for these products.
The ABCC report comes at a time when Arab countries are strengthening their trade ties with Brazil, which only has a free trade agreement with Egypt, as part of their food security strategies amid the pandemic.
The Chamber has supported calls for the creation of direct logistic lanes between the country and the Arab nations to further support stronger export and import activities.  It has also backed the resumption of talks on free trade agreements post pandemic, particularly between Mercosur and Lebanon, Morocco, Palestine and the GCC.