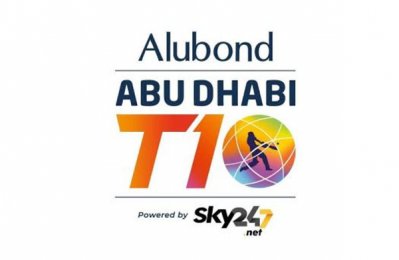 Abu Dhabi T10, an ICC-sanctioned 10-over cricket tournament, said announced Alubond, a global metal composite panel brand and a unit of Mulk Holdings, as the title sponsor of the tournament, having secured the rights for $1 million.

The world’s fastest-growing cricket tournament, being held at Zayed Cricket Stadium in Abu Dhabi from January 28 to February 6, will now officially be known as the Alubond Abu Dhabi T10 powered by Sky247.net.

This year’s Abu Dhabi T10 is covered extensively across 100 countries in five continents. Sony Max and Abu Dhabi Sports television channels are broadcasting across Mena region, while Sony LIV in India, T Sports in Bangladesh, Ten Sports in Pakistan, Sky Sports and Free Sports in the United Kingdom and Ireland, SuperSport in South Africa, Vasantham TV in Sri Lanka, RTA Sports in Afghanistan, Willow TV in USA and Canada and SportsMax across the Caribbean.

Shaji Ul Mulk, Founder and Chairman of Abu Dhabi T10, said: “We are delighted to have a world-renowned brand as the Title Sponsor of Abu Dhabi T10 which reflects the growing popularity of the tournament worldwide. Abu Dhabi T10 will be a perfect platform with broadcast in five continents for Alubond to reach out extensively as Alubond has an equally spread network in more than 100 countries around the world.”

The game-changing product in the fire rating standards of exterior facades is a technological breakthrough. Alubond is the first manufacturer of A1 core in the Middle East. It has been developed by the company’s own Research and Development team and will be exported to global markets in their endeavour to make the world safer with Alubond A1.

Adnan Ul Mulk, Vice-Chairman of Alubond, said: “We have earlier been associated with the sponsorship of ITP tennis tournaments in Europe and as principal partners of Abu Dhabi T10. In its fourth season, it is indeed a great pleasure for us to be associated with the tournament as the Title Sponsors. Cricket is a sport of mass especially in this region and we are happy to be reaching out to all the cricket fans while we join them to enjoy the spectacular action-packed tournament.”

Abu Dhabi T10 is the world’s shortest format professional cricket tournament and is growing at a rapid rate, attracting the world’s top cricketers. The tournament’s global reach has expanded with live telecasts worldwide while its brand equity has multiplied many times over the last four years. The title sponsorship will help Alubond to spread public awareness on building safety and it’s game-changing and life-saving A1 fire-retardant Aluminium Composite Panels.

Abu Dhabi T10 matches are telecast live to Sony Network’s massive viewer base of 700 million on the Sony sports channels. In addition, Sony LIVE reached out to another 300 million viewers to live-stream the tournament on their mobile phones through their OTT platforms, bumping potential viewership numbers for the event to truly astronomical levels.

Haroon Lorgat, Director – Strategy and Development of T10 Sports Management, said: “We are pleased to welcome Alubond as our title partner for the fourth edition of the Abu Dhabi T10 tournament. Alubond is a leading international brand which will aid our ambitions to grow the Abu Dubai T10 worldwide. This year will see us broadcast the tournament live around the world.”

The tournament as in previous years is expected to be packed with enthralling cricket among the world’s top T10 players at the Zayed Cricket Stadium though the pandemic restrictions have put a halt on the entertainment side of the event. However, a worldwide live broadcast will fetch a wider audience for the tournament. – TradeArabia News Service