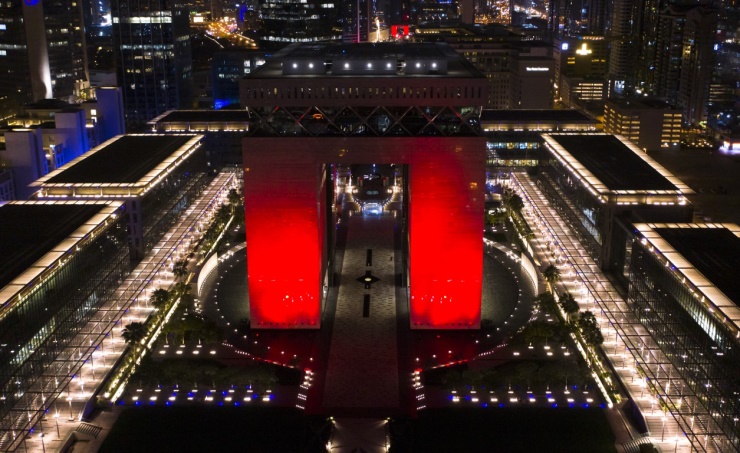 Dubai: The Bahrain World Trade Centre is among dozens of landmarks across the Arab world that is turning red in celebration of the UAE’s Hope probe, set to reach Mars on February 9.

It is set to complete the most critical stage of its historic journey to the Red Planet’s orbit, known as the Mars Orbit Insertion.

In Dubai, Burj Khalifa, Burj Al Arab Jumeirah and Global Village are all lit up in red.

Countries in the Arab region are also lighting up their landmarks in celebration of the first-ever Arab interplanetary mission that will mark the region’s entry into space exploration.

‘The Zone’ on Takhassusi Street in Riyadh, Saudi Arabia, Kuwait Tower, Cairo Tower in Egypt, the Roman Theatre in Jordan, The Iraq Museum and the Baghdad Mall in Iraq have all turned red to celebrate the Hope Probe’s highly-anticipated arrival in Mars, after covering 493 million kilometres over seven months into deep space.