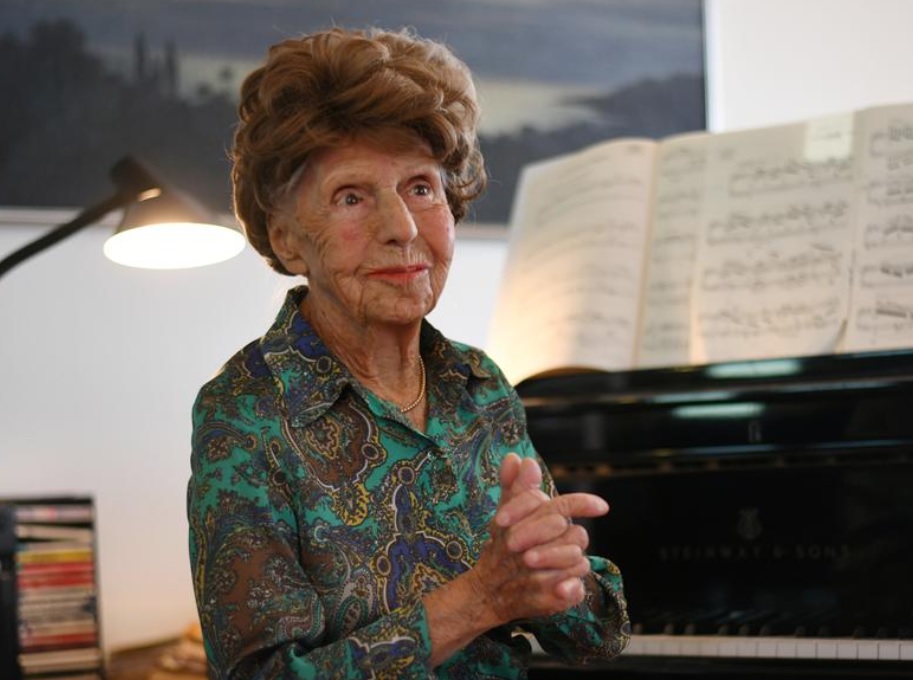 Paris: Colette Maze says she began playing the piano when she was four years old to find in music the warmth absent in her strict upbringing.

Today, at the age of 106, her playing still exudes great tenderness and sitting at the piano - one of four in her Paris apartment - her agile fingers seem to barely touch the keys as she sways to the sounds of Schumann, Debussy and Chopin.

“It’s my food, my food for the spirit and for the heart”, Maze, a small, vivacious woman, told Reuters.

Born in 1914 into a middle class family, she was home-schooled by her strict mother while her father managed a fertilizer plant.

She then went on to study at the Paris Ecole Normale de Musique in Paris, a conservatoire in the 16th arrondissement, before embarking on a long career as an accompanist at music schools in the capital.

Maze, credits yoga and finger gymnastics for keeping her nimble.

If she stops playing she would need to feed her imagination somehow.

“But I need something touchable. You need to taste candy, and my fingers need to feel the keys, to feel this,” as her feet reach for the pedals and she begins to play once more.

Maze has just recorded her sixth album - a three volume recording of works by Debussy, slated to be released in April.

Her only son Fabrice Maze, born in 1949, says his mother is an inspiration for others, especially during the times of the Covid-19 pandemic.

“On one hand she helps morale. That at 106 you can be on good form if you have passion and look after yourself -- that’s good news,” he says.

“And then her sense of humour, her joy, her love of life, it makes you smile.”