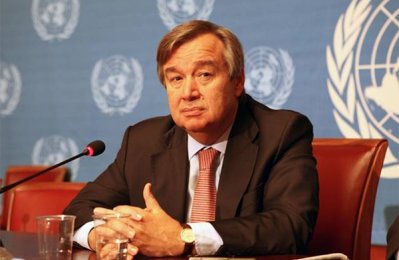 UN Secretary-General, Antonio Gutteres, has announced his decision to donate the prize of $500,000 received upon acceptance of the Zayed Award for Human Fraternity to the United Nations High Commissioner for Refugees (UNHCR).

UNHCR’s Senior Advisor on Islamic Philanthropy and Representative to the GCC Countries, Khaled Khalifa said: “We are immensely grateful for the UN secretary general for his generosity and unwavering commitment to supporting the world’s most marginalized populations. This generous gesture of solidarity with refugees and forcibly displaced people comes at a critical time as the world continues to face the Covid-19 and economic crisis, which has severely affected displaced communities."

“The Zayed Award for Human Fraternity is a message of hope and unity in this time of extreme hardship. I would like to take this opportunity to renew our pledge to the human fraternity bond that brings us together as we continue to honour the values of inclusion and solidarity with refugees and the forcibly displaced through our daily work.

“We are grateful for the United Arab Emirates for pioneering this award, which is a testament to its efforts and dedication towards building bridges and promoting mutual understanding to achieve peace and inclusivity for all,” Khalifa added. – TradeArabia News Service