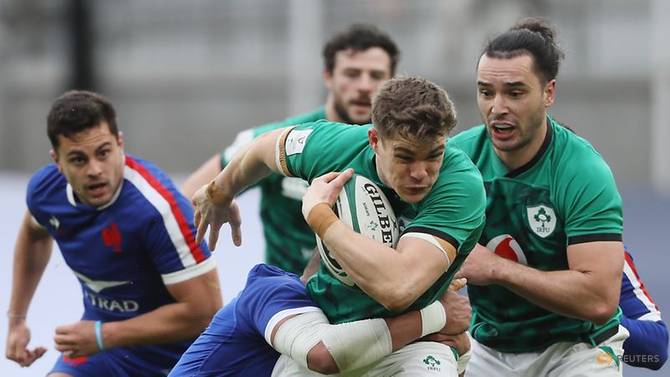 DUBLIN: France’s bid to end a more than decade-long Six Nations title drought picked up further steam with a scrappy 15-13 victory over injury-hit Ireland yesterday, their first win in Dublin in almost as long.

The Irish dominated the opening quarter in a wet Aviva Stadium but could only manage a solitary penalty before brilliant French offloading, even while temporarily down a man, led to a try for captain Charles Ollivon.

The visitors looked in total control but were nearly made to rue not putting the game well out of sight when an opportunistic Ronan Kelleher try straight after Damian Penaud got a second for France helped drag Ireland to within two points of an unlikely comeback win.