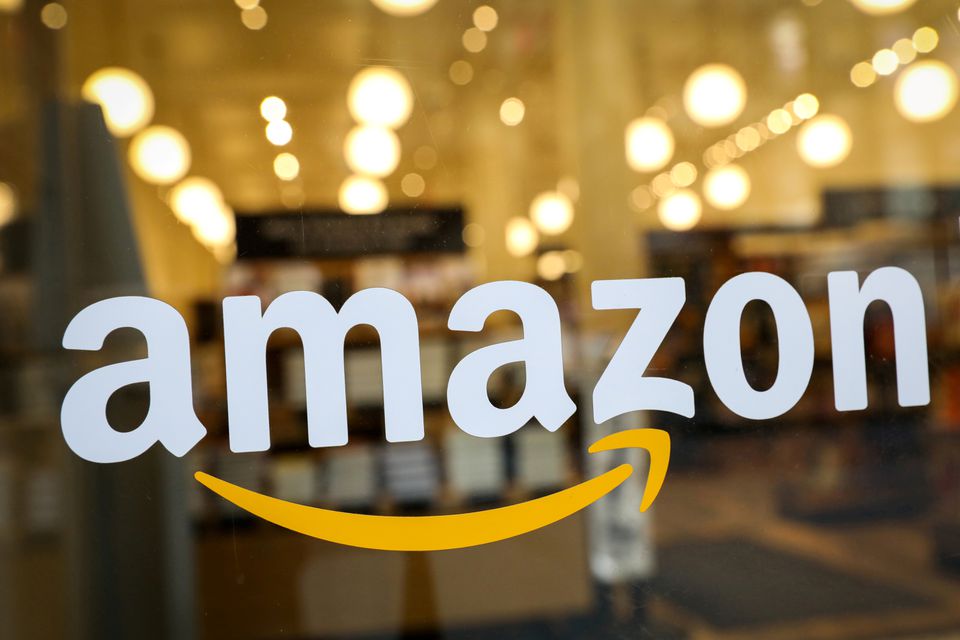 FILE IMAGE: The logo of Amazon is seen on the door of an Amazon Books retail store in New York City, U.S., February 14, 2019. (Reuters Photo)

Amazon.com Inc will start making its TV streaming device in India this year via a unit of Taiwanese contract manufacturer Foxconn, the U.S. online retail giant said on Tuesday.

The Fire TV Stick will be made by Foxconn subsidiary Cloud Network Technology in the southern city of Chennai, marking Amazon's first foray into having one of its devices manufactured in India.

Amazon said hundreds of thousands of Fire TV Sticks would be produced per year, helping it meet the demands of Indian customers.

"Amazon will continuously evaluate scaling capacity to additional marketplaces/cities depending on the domestic demand," the company said in a blog post.

The launch of conglomerate Reliance's (RELI.NS) telecoms venture Jio in 2016 began an era of cheap data tariffs in India, aiding the growth of video and audio streaming services such as Amazon's Prime Video and Netflix (NFLX.O).

That created a market for streaming devices such as the Fire stick.

Seattle, Washington-based Amazon's move to make the device in India coincides with Prime Minister Narendra Modi's big policy push to make the country a hub for electronics manufacturing to compete with other Asian nations such as China and Taiwan, and create jobs.

New Delhi's local manufacturing drive has attracted iPhone makers Foxconn and Wistron (3231.TW) to expand in India, and another key contract manufacturer Pegatron (4938.TW) has also set up base in the country.