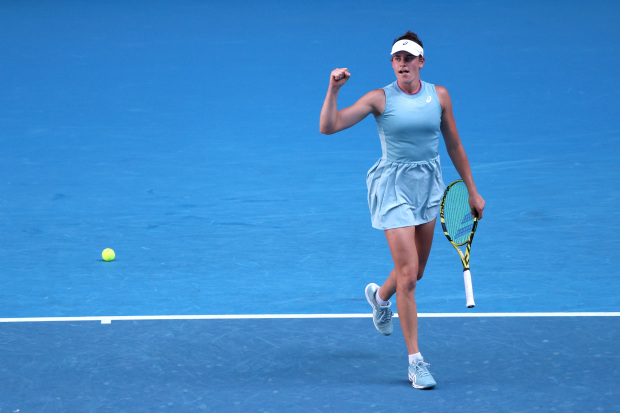 Melbourne: Jennifer Brady ensured there would be an American in the Australian Open final after Serena Williams' exit by downing Karolina Muchova 6-4 3-6 6-4 in the semi-finals on Thursday.

On a stifling afternoon at Rod Laver Arena, former college player Brady dug herself out of a mid-match hole to reach her first Grand Slam decider and a daunting title clash with former champion Naomi Osaka.

Osaka earlier knocked Williams out in straight sets, but 22nd seed Brady ensured the United States would have another finalist a year after Sofia Kenin upset Garbine Muguruza for the 2020 championship.

Brady saw four match points slip through her fingers as she served it out nervously but finally celebrated the win when Muchova fired a forehand long.