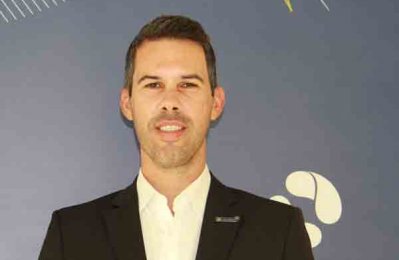 Brazil today (February 18) said its pavilion at the upcoming Gulfood 2021 will have a large contingent of 42 companies showcasing the country’s best-in-class food and beverage products.
Brazilian companies will be taking part at Gulfood 2021 which opens on February 21 and will run till February 25, under the auspices of the Brazilian Trade and Investment Promotion Agency (Apex-Brasil).
Marcio Rodrigues, the Agribusiness Manager of Apex-Brasil said: “Brazil today is the largest producer and exporter of Halal protein in the world, we also are the second largest exporter of agricultural products to the Middle East. Only in 2020 the Brazilian exportation figure reached around $9 billion. There are perspectives of growth resumption in important countries that at-tend the trade show. We have a strong presence in meat and animal protein, besides sugar, soy and corn. We have a good participation in the market with live animals, coffee, cotton and some others. It is worth mentioning that we have had several new markets opened by the Ministry of Agriculture for the region in recent years, which opens new opportunities. Among the main sec-tors with potential to expand sales to those markets are juices, dairy products, honey, organic and functional foods, besides processed and packaged foods”.
Attracting thousands of buyers from across the world, Gulfood presents the main market trends on food and beverage and facilitate trade mobilization. The show also attracts decision makers in trade as well as influencers from the Arab region, Apex-Brasil said.
“The United Arab Emirates are among the priority markets mapped by Apex-Brasil. Besides, the fair covers many buyers from other big and relevant markets also from that region (Middle East and North Africa) such as Saudi Arabia, Iran, Algeria and Egypt. Dubai is a hub to the region, con-sidered a trade and supply platform for exporters seeking new sales in the Middle East, Africa and Southeast Asia,” Rodrigues said, adding that Brazil’s business in the region has jumped to $1.4 billion in 2019 from $645 million in 2015.
Apex-Brasil said despite the Covid-19 circumstances impacting the number of participants at the expo, the relevance of Gulfood 2021 stays intact.
Market studies conducted by Apex-Brasil indicated that food sub sectors presented a $10.8 billion opportunity for Brazilian products in imports from countries in the region and $4.2 billion in Brazilian exports to these markets. The Brazilian participation correspond to the significance of these sub sectors and 38.9 per cent of the companies at the Brazilian pavilion cater to this segment.
Apex-Brasil has its own office in Dubai to leverage the opportunities and further expand the presence of Brazilian companies.
The UAE is one of the priority markets for Apex-Brasil and Gulfood attracts buyers from major and relevant markets of Middle East and North Africa (MENA), such as Saudi Arabia, Iran, Algeria and Egypt. Dubai is acclaimed as a regional trading hub and a re-export platform for businesses seeking to grow in the Middle East, Africa and Southeast Asia.
Apex-Brasil said the progressive diversification of the country's economy has also helped grow business seamlessly reducing its vulnerability to oil price movements in comparison with other Gulf states, which gives more security to Brazilian exporters and trade to be based in the country.—TradeArabia News Service