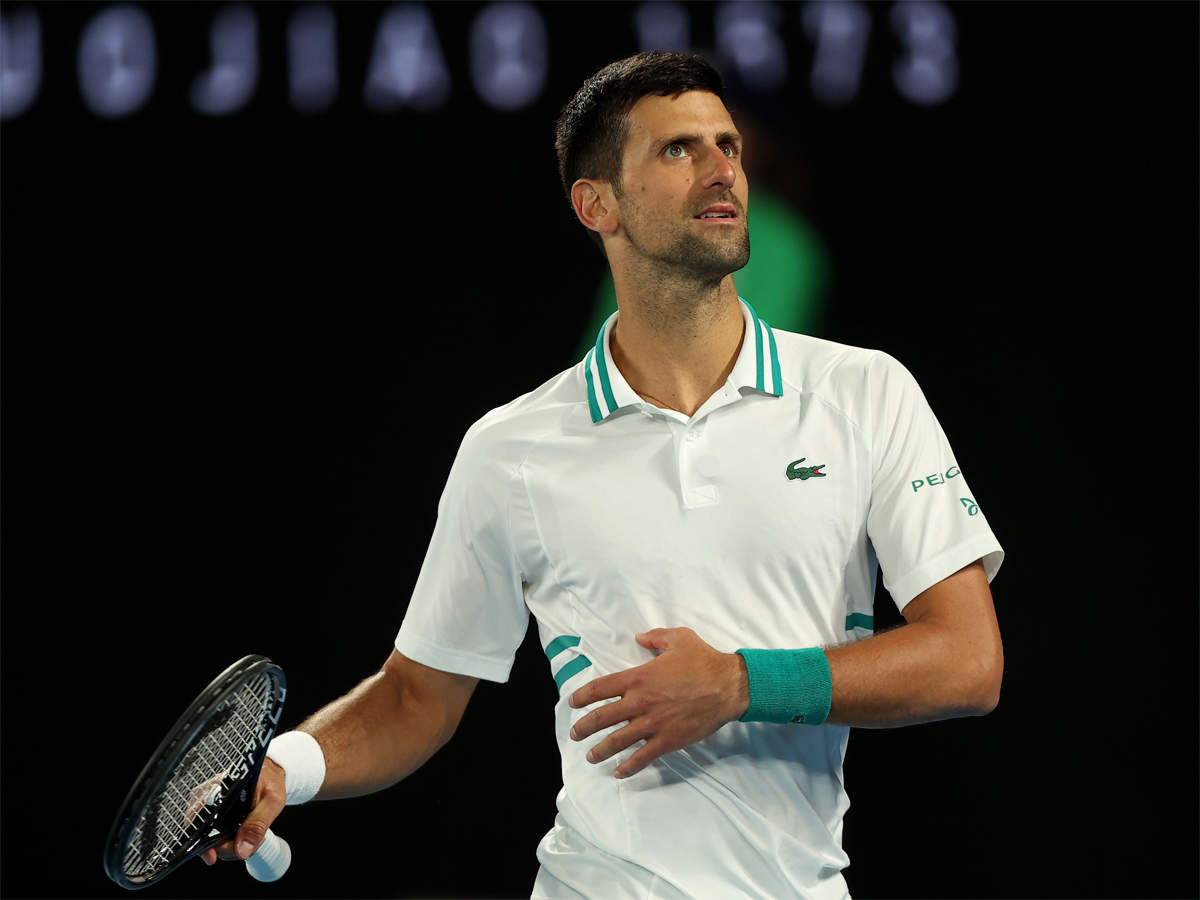 MELBOURNE: Defending champion Novak Djokovic declared himself fighting fit for the Australian Open final after ending the incredible run of Russian qualifier Aslan Karatsev with his “best match” of the tournament yesterday.

The Serbian world number one eased into his ninth decider at Melbourne Park with a 6-3 6-4 6-2 win under the lights at Rod Laver Arena and will battle either Stefanos Tsitsipas or Daniil Medvedev for the title.

Djokovic’s tournament appeared on a knife edge when he suffered an abdominal injury during his third round match against Taylor Fritz less than a week ago. Yet he has put that aside and will have two days off to recover before Sunday’s final.

“This is the best I felt during the entire tournament,” he told Jim Courier on court.

“Felt great, I could swing through the ball, no pain, just best match so far, and it came at the right time and I’m thrilled to feel this way.

“Recovery is priority right now. I’m feeling the ball well, I’m playing well, I had enough match play, enough practice so right now it’s just gathering all the necessary energy for the most important match of the Australian Open.”

Meanwhile, Naomi Osaka ended Serena Williams’ bid for a record-equalling 24th Grand Slam title with an imperious 6-3 6-4 win, a victory that booked her spot in her second Australian Open final and left the American great in tears.

In a rematch of their tumultuous 2018 US Open decider, Osaka underlined her status as the new queen of women’s tennis and soaked up the cheers from the Rod Laver Arena crowd as fans returned to the Grand Slam after a five-day lockdown.

In the second semi-final, Jennifer Brady ensured there would be an American in the Australian Open final after Serena’s exit by downing Karolina Muchova 6-4 3-6 6-4.