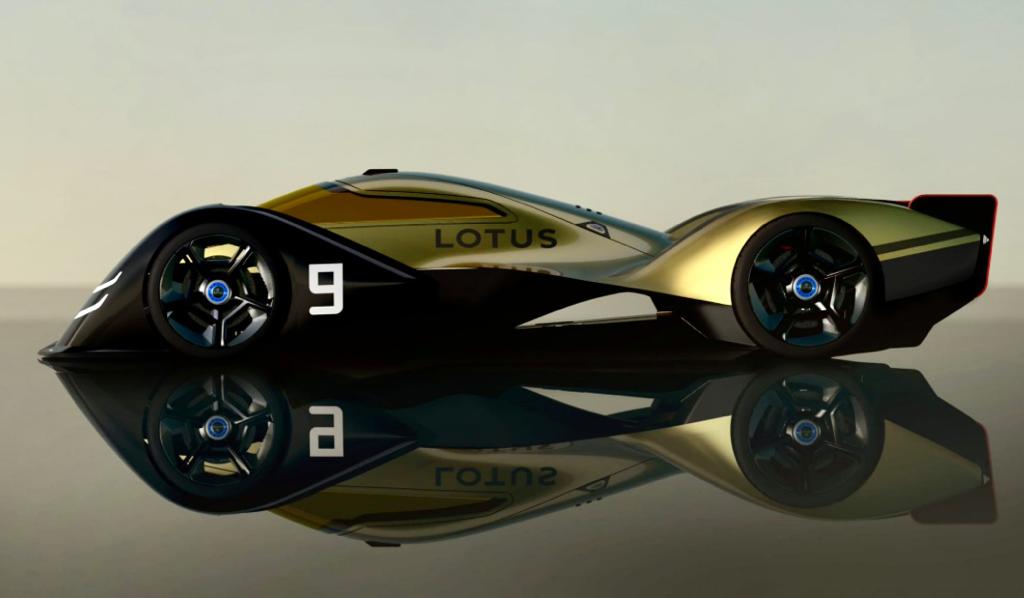 Lotus Engineering today unveiled the E-R9, a dramatic new design study for a next-generation pure electric endurance racer that could be on the starting grid of circuits around the world for the 2030 season.

E-R stands for Endurance Racer, while 9 is the car’s competition number carefully chosen in tribute to Lotus’ racing past. It was in a Lotus Mark IX that the race team made its debut appearance at the Le Mans 24 Hours, with company founder Colin Chapman among the drivers competing. The year was 1955, meaning the E-R9 race car concept – if raced in 2030 – would be in celebration of the Mark IX’s 75th anniversary.

The car was developed by the engineering team of Richard Hill, chief aerodynamicist at Lotus, and Louis Kerr, principal platform engineer on the Lotus Evija pure electric hypercar as well as technical director, GT, Geely Group Motorsports International. Visually it was brought to life by the Lotus Design team, led by Russell Carr, Design Director for Lotus.

Mr Hill said: “What we’ve tried to do is to push the boundaries of where we are technically today and extrapolate into the future. The Lotus E-R9 incorporates technologies which we fully expect to develop and be practical. Lotus has an amazing history of developing unique solutions, and we’ve done it many times in motorsport and with our road cars.”