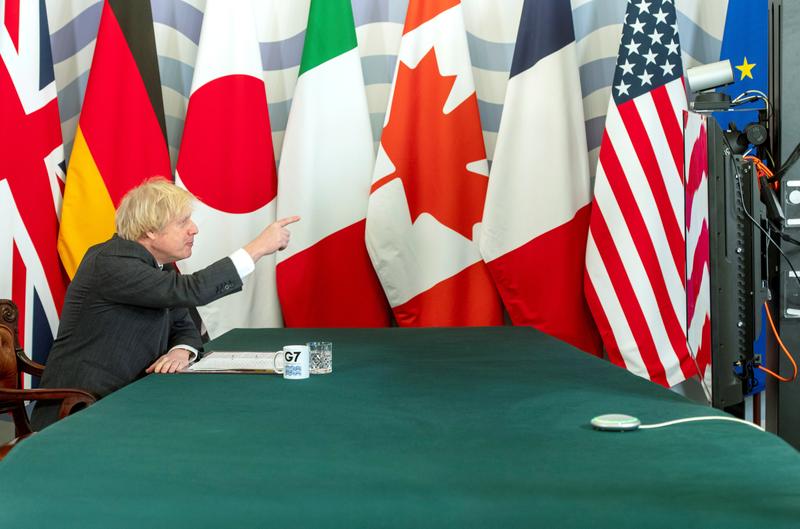 After nearly a year of lockdown video meetings, even Group of Seven leaders failed to escape the mute curse on Friday when British Prime Minister Boris Johnson had to tell Germany’s leader, Angela Merkel, to switch off her microphone.

While Johnson began the meeting, German suddenly interrupted him as he tried to tell the likes of U.S. President Joe Biden and Italy’s new prime minister, Mario Draghi, that he wanted a face-to-face meeting at the G7 summit in June.

“Can you hear us Angela,” Johnson quipped over the German, chuckling. “I think you need to mute.”

Johnson, who is known for gaffes, also claimed that Biden had “nicked” - British slang for stolen - his slogan ‘build back better’, though Johnson quipped he himself had probably stolen it from somewhere else.