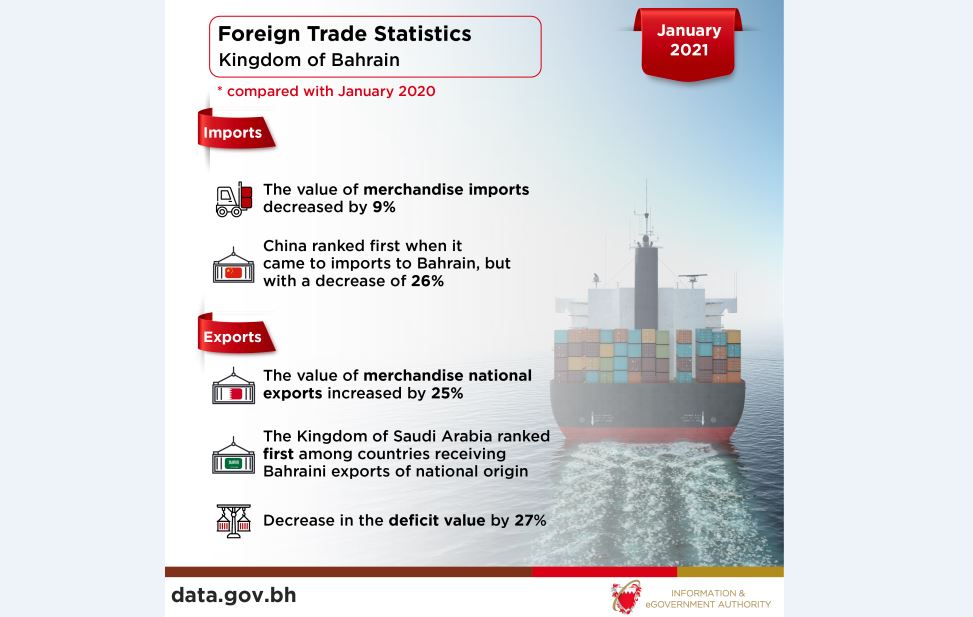 An infographic of the foreign trade statistics
Bahrain’s national origin exports increased by 25 per cent in value during January amounting to BD200 million, when compared with BD160m for the same month last year, shows the latest data from the Information and eGovernment Authority (iGA). The top 10 trading partners accounted for 82pc of the total national origin export value last month with the remaining 18pc claimed by other countries, according to a report released by the government agency yesterday .